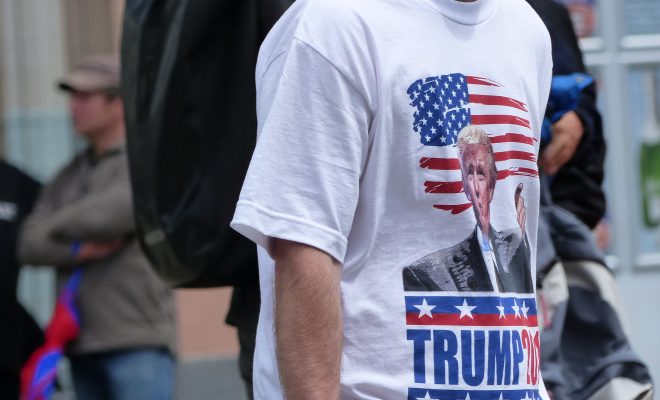 On Sunday night at the Golden Globe Awards, Meryl Streep went after President-elect Donald Trump. In an eloquent speech in which she didn’t even mention his name, Streep made her dismay at his meteoric political rise clear, saying:

There was one performance this year that stunned me. It sank its hooks in my heart. Not because it was good. There was nothing good about it. But it was effective and it did its job. It made its intended audience laugh and show their teeth. It was that moment when the person asking to sit in the most respected seat in our country imitated a disabled reporter, someone he outranked in privilege, power, and the capacity to fight back. It kind of broke my heart when I saw it. I still can’t get it out of my head because it wasn’t in a movie. It was real life.

And this instinct to humiliate, when it’s modeled by someone in the public platform, by someone powerful, it filters down into everybody’s life, because it kind of gives permission for other people to do the same thing. Disrespect invites disrespect. Violence incites violence. When the powerful use their position to bully others, we all lose.

Streep’s speech–love it or hate–caught Trump’s attention. And as is his nature, he tweeted about it.

Meryl Streep, one of the most over-rated actresses in Hollywood, doesn’t know me but attacked last night at the Golden Globes. She is a…..

Hillary flunky who lost big. For the 100th time, I never “mocked” a disabled reporter (would never do that) but simply showed him…….

“groveling” when he totally changed a 16 year old story that he had written in order to make me look bad. Just more very dishonest media!

But Streep is as beloved as Trump is orange, and so a lot of supporters on Twitter decided to point out some other things that Trump thinks are “overrated.” Here are some of the best tweets from the hashtag #ThingsTrumpThinksAreOverrated.

Anneliese Mahoney
Anneliese Mahoney is Managing Editor at Law Street and a Connecticut transplant to Washington D.C. She has a Bachelor’s degree in International Affairs from the George Washington University, and a passion for law, politics, and social issues. Contact Anneliese at amahoney@LawStreetMedia.com.
Share:
Related ItemsDonald TrumpGolden GlobesHillary ClintonMeryl StreepTrumpTwitter