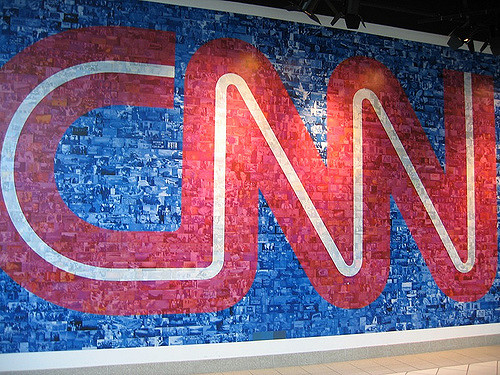 “Future CNN” is Helping People Laugh Through Their Fears on Twitter

Twitter is riddled with parody accounts, but one in particular has been helping people laugh through their fears for the past week. The parody account “Future CNN” has been offering people a kind of respite from the craziness of the news–giving us a look into what the future may hold for CNN’s coverage.

The account tweets images of made-up future CNN chyrons that are as hilarious as they are jarringly accurate. The chyrons poke fun at Trump’s, shall we say, “impulsiveness,” CNN’s coverage/panels, and the general insanity we’ve seen in politics over the past couple of weeks.

The account first tweeted last Monday, and since then it has gained the attention of some prominent political reporters and actual CNN employees, including “Reliable Sources” host Brian Stelter.

Here’s a sample of the account’s tweets:

Austin Elias-De Jesus
Austin is an editorial intern at Law Street Media. He is a junior at The George Washington University majoring in Political Communication. You can usually find him reading somewhere. If you can’t find him reading, he’s probably taking a walk. Contact Austin at Staff@Lawstreetmedia.com.
Share:
Related ItemsBrian StelterCNNFuture CNNHumorPoliticsTrumpTwitter