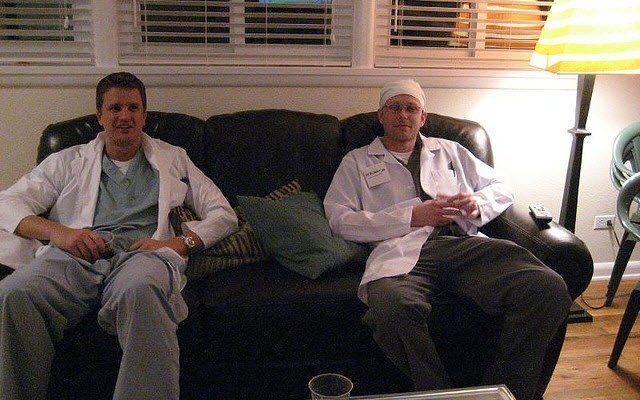 Doctor Who? Teen Tricks Hospital For an Entire Month

College alone these days is very expensive. Now, add grad school on to that, and I don’t care what you are going to make in the profession in which you were just trained, you are going to be in a whole lot of debt when you get out of school. Then, you have to go through the whole resume, interview process. And let’s face it, that is no fun. Which is why I think the teenager in the following story has the right idea: just skip the schooling portion of job placement. And while you are at it, just skip through the whole application process too. How do you do that? Just show up to the place you want to work, and blend in. Probably no one will ask you if you are supposed to be there.

To learn more, let’s examine St. Mary’s Medical Center in, of course, Florida–because that is where all these stories happen. A young doctor was recently escorted out of the building by security because, well he wasn’t actually a doctor so much as a teenage boy wearing a doctor’s coat.

Ok. Well, he tried and didn’t succeed. The way security is these days and the importance of safe hospitals means you couldn’t get away with such a scam for very long.  I mean, like in this story, the kid only got away with posing as a doctor for about 20 or 30…days. That is right. A month.

To be fair to the hospital, he didn’t actually work with patients in his month on staff. In fact, it was when he stepped up his game and actually went into an exam room, with a stethoscope around his neck and a mask on his face, and introduced himself as Doctor Robinson (and didn’t follow it with “I’m not a doctor, I only play one on TV”), that he got caught.

One of the real doctors noticed him and thought something wasn’t right. So he called security, who was surprised that the kid was faking it–as they had seen him around the last few weeks and thought he belonged there.

Here is the thing about this story that makes me feel a little bad about making fun of it: the kid, according to his mother, had an illness for which he had stopped taking medication. And I cannot joke about that. However, here is the part that make me feel perfectly fine joking about it: we know the kid’s excuse for doing this. What was the hospital’s excuse for not catching this kid faster? That I can make fun of.  And that is probably a big part of why the center will not be pressing charges.

This story has been told far and wide, and there is a good chance you have already heard about it. So you might be asking yourself just why I didn’t make that one obvious connection that everyone is making. And I will tell you why. Because everyone is making it, and I want to be a little more unique than that. So I will not say a word. I’ll just leave you with this picture, which will say a thousand words for me: