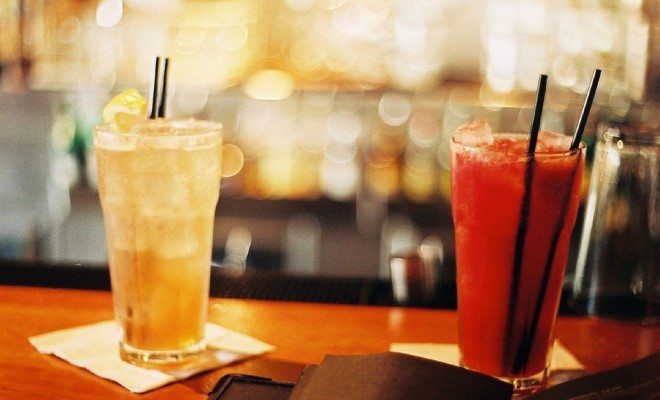 It’s Christmas! And in honor of the spirit of the day, I am going to give you all a present. (For everyone who does not celebrate Christmas, I am still giving you a gift just because it is more fun to give than to receive.) My gift is some free advice that could change your life: do not go to Indiana if you plan on drinking and being annoying. Because that’s illegal.

Now you know those laws that were created four hundred years ago and are never enforced, but also never repealed, so we all like to make fun of them? You know what I’m talking about. Like how in my home state of Alabama, there may or may not be a law against wearing fake mustaches that cause laughter in church. Or how in Arkansas, you can’t keep an alligator in the bathtub (incidentally, famed critic Dorothy Parker once bought two baby alligators and put them in a bathtub while she decided what to do with them. She came home one day to find a note from her ex-maid saying she quit because she “cannot work in a house with alligators” and that she would have told Parker this earlier, but that she “never thought the subject would come up.” So maybe this law is a good idea if you want to keep good help, but I digress … ) The one I’m writing about today is not one of those archaic laws. This one was actually upheld quite recently.

Rodgregus Morgan was drunk when he was arrested, it is true. However, that alone was not why he was arrested. You see, the cops thought that he was being annoying and, really, in Indiana, that is all it takes. Indiana has a public intoxication law – enacted in 2012, so, again, not an archaic one – that says you cannot be drunk in public and harass, annoy, or alarm another person.

Morgan, as mentioned before, was drunk. So when he wouldn’t leave the bus shelter where he had fallen asleep, even though a cop asked him to do so, he was arrested because, well, that is just plain annoying, right? I mean, it really annoys me when people don’t do what I ask.

Morgan had a different take on the matter: he “wasn’t being annoying;” he was “waiting for the bus.” Hmm. That’s harder to classify as annoying, but I can try to make it work. Maybe the bus would have been really overcrowded and let’s face it, when I cannot get a seat and have to stand, that’s pretty annoying. But would that really be Morgan’s fault? Or is it a product of the situation itself?

At any rate, let’s see what the courts have to say about this situation. Well, an appeals court said annoying is too hard to define, and so they overturned the conviction. I’d disagree with this ruling. I may not be able to give annoyingness a concrete definition, but, like pornography, I for sure know it when I see it.

Luckily, we can move on to the Indiana Supreme Court to find some common sense. In that high court, they basically agreed with me. Which, in my book, makes them the exact opposite of annoying, because I am always right. They said that you can tell what being annoying is by using the reasonable person test and that the statute was perfectly legit. However, they then said that Morgan wasn’t being annoying and so they dropped his conviction. But that is actually beside the point in this morale tale. The point, of course, being that you can be arrested for being drunk and annoying. Which means that many people I know should stay far away from this state because I know a heck of a lot of annoying drunks.

Anyway, I hope everyone has benefited from my present whether or not you are celebrating today. And for the many of you who found a paid vacation to Indiana as your stocking stuffer, I am sorry if I put a damper on your exciting present.