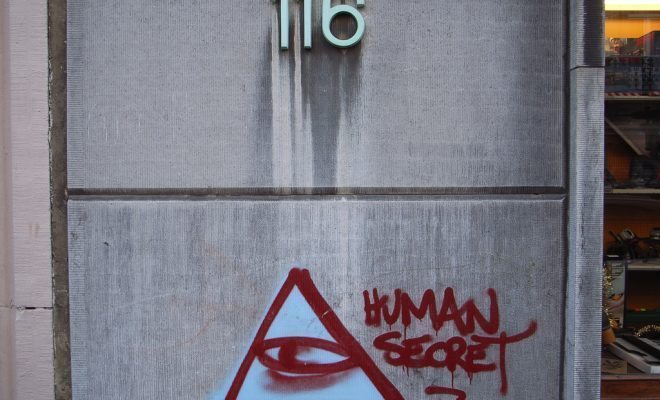 The Anatomy of An Illuminati Political Conspiracy

When you’re making a crossword puzzle, it’s very easy to create a difficult puzzle with next-to-impossible clues. It is also incredibly difficult to make a crossword puzzle that is easy to solve, fitting only common words into the grid. Conspiracy theories work pretty much the same way–with a lot of careful effort, you can create a theory that just might be easy to swallow. It sounds totally crazy but maybe, just maybe there actually was a second shooter behind the grassy knoll. It would be completely bananas, but it’s possible that the NBA rigged the championship because of a blood-oath with LeBron. These are conspiracies, but there’s enough fact surrounding them to give them the veneer of truth.

Since politics can get boring, let’s take a break from all the facts and figures for a moment and have some fun crafting our own conspiracy theory. But what type to choose?

When it comes to current-day political conspiracies, no theory is more widespread or worse-explained than the Illuminati. In case you’ve been living under a rock, or have been brainwashed into sheeple by the mainstream media, the Illuminati were essentially members of a really nerdy book club in the 1770s that lasted for about ten years before being shut down. To conspiracy theorists, the Illuminati is still alive, and its members are pulling all of the world’s strings behind closed doors. They’re meeting in person in top-secret locales and exercising unimaginable influence over world leaders. They also leave fun hints and clues for us to find, because apparently they prefer fun I-Spy games more than actually staying secret.

Actual footage from the moon landing, cut from broadcast for suspicious reasons.

So what does this have to do with the 2016 Presidential Election? I’d tell you, but then I’d have to kill you.

Only joking. You might have seen thumbnails in your recommended videos section on YouTube featuring Hillary Clinton dressed in demonic fashion, or perhaps George W. Bush surrounded by pyramids, and wondered where they come from. Essentially, Americans who are frustrated with our political system, or likely confused by it, concoct clandestine backdoor reasons for every major event in history, claiming that it is all part of a grand scheme for “New World Order.” That’s basically a spooky way of saying a world government designed to oppress all people.

Why should we let the crackpots have all the fun? Here’s a step-by-step guide to creating your own conspiracy, and getting one step closer to the “ultimate truth.”

Feel free to choose something like a famous atrocity, or something like alleged voting discrepancies from North Dakota’s democratic caucus. Explain that the explanation the general public has been fed is not only untrue, but supported by false-flag evidence planted by someone important, like the Koch brothers, or Oprah.

2. Diagnose the real cause

Clearly the BP oil spill and Vince Foster‘s death were both decided in a boardroom by old men in suits. There’s an underlying reason for every random, senseless event, and it’s usually a stepping stone to the ultimate plan.

3. Tie it back to a easily vilified celebrity figure

Either go for the typical “Kenyan Muslim President” route, or think of something more interesting. If you need inspiration, I still trust this conspiracy site I found–I know the source is from 2 years ago–that says Clinton is “a 6th level Illuminati witch & sadistic Monarch slave handler.”

A rare glimpse into the bunker below the White House where the real meetings happen.

So why do people believe in these theories? Illuminati conspiracy theorists are typically people who find it frustrating to believe that either hard work or luck is good enough to propel someone to powerful positions. They take comfort in the idea that there is no hope changing the status quo unless you’ve been pre-selected by the chosen few. Plus, by virtue of “knowing the truth,” you’re smarter than all of your friends.

The most disappointing part of conspiracy theories like this is that it looks remarkable similar to the real non-conspiracy world we live in now. The idea that a select few meet to discuss powerful changes to the world is already true, and it happens all the time. Of course Barack Obama, Angela Merkel, and Xi Jinping control what happens around the world–that’s their job! Hillary Clinton is smart enough to orchestrate secret society cover-ups and rig an entire election, but apparently not smart enough to become as powerful and influential as she currently is by virtue of her own actions.

“Silly Season” is meant to only last a few weeks during the primaries, but given the tone of the 2016 General Election so far, silly season has been extended indefinitely. Why not amp up the chaos a bit more, and introduce some really crazy ideas? It’s not enough to say Trump might be a plant by the Clinton family to ensure a Democratic victory–make sure it’s part of a world-wide conspiracy as well.