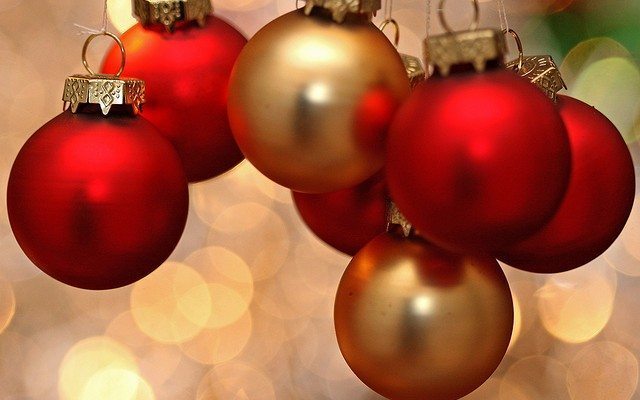 Have Yourself a Merry Little First Amendment Argument

The First Amendment. It’s a tricky topic. Like the rest of the Bill of Rights, it’s been in place since 1791, yet every single day, we see arguments about its interpretation.

This holiday season is the perfect time to talk about the First Amendment for two reasons: the current “Duck Dynasty” controversy that’s been all over the news, and the tired, contrived, yearly argument we have about the Freedoms of Speech and Religion in regards to Christmas.

I have to admit, I’ve watched a grand total of 0 minutes of Duck Dynasty. I think it’s maybe about rednecks who make hunting equipment for people who hunt ducks. Then, last week, GQ published an interview with  one of the stars of the show, Phil Robertson. Robertson made some pretty horrific anti-gay remarks in which he compared homosexuality to bestiality, stating, “start with homosexual behavior and just morph out from there. Bestiality, sleeping around with this woman and that woman and that woman and those men”. This is just a sampling of the statements that he made in the magazine, as well as equally abhorrent follow-up comments made since the scandal broke.

In response, A & E suspended Phil Robertson, leading to a fiery back and forth between the network, the show cast, and third-party commentators. Some have decried Robertson, others have praised him. GOP Congressional candidate Ian Bayne went so far as to call him the Rosa Parks of our generation. Many of Robertson’s supporters have advocated for the man’s right to free speech, under the First Amendment.

The First Amendment argument involving Phil Robertson comes in the middle of my favorite perennial “is there a war on Christmas?” argument. For as long as I can remember, people have been going crazy about how Christmas is dealt with in the public sphere. There are arguments over whether to say Happy Holidays or Season’s Greetings rather than Merry Christmas. Publicly funded Christmas trees, such as at state capitols, are sometimes called Holiday Trees instead. People freak out, everyone says the separation of religion and state has gone too far, and I automatically get a headache.

Actually, this may explain my headache.

The juxtaposition of these two arguments is very interesting, because I think they say more about the First Amendment than about the individual arguments themselves. The First Amendment guarantees the freedoms of speech, religion, assembly, the press, and petition. But what exactly that means is constantly up for debate.

Now, I have my views on the Robertson incident and the ‘War on Christmas’, respectively. It was A&E’s, and solely A&E’s, prerogative to suspend Robertson. They are a private company. They can do whatever they like, and if that includes suspending someone from their network because it may cost them advertisers and sponsors, they may do so. Freedom of Speech as a right means that Robertson can’t be persecuted or punished by the government for what he said, and he won’t be. But whether or not he can lose his job–well that’s the right of the business for which he works, not the government. A flip argument can be said about the ‘War on Christmas’ controversy. The government cannot be seen as promoting one religion over another. For example, would calling the large green tree up at my state capitol a Christmas tree be breaking the First Amendment? Probably not. But it’s safer to be inclusive, and nicer, and I applaud that. I work retail during the holidays, and we say Merry Christmas as customers leave. But again, we are a private business, and we can do so.

These are views that I’m entitled to as an educated citizen of the United States of America. And anyone else is allowed to have their individual views as well. I don’t fault anyone who disagrees with me, as I hope I wouldn’t be faulted in turn by someone who has different opinions. First Amendment arguments will never stop, but it’s my Christmas wish that we all calm down a little bit. I hope we can all appreciate the fact that we live in a nation where we have these freedoms. Because that’s not the case everywhere in the world. And the fact that I can get into an argument about whether or not a homophobic bigot deserves to stay on his TV show under the warm glow of the tree in my living room, well that’s something for which to be thankful this Holiday season.

Anneliese Mahoney
Anneliese Mahoney is Managing Editor at Law Street and a Connecticut transplant to Washington D.C. She has a Bachelor’s degree in International Affairs from the George Washington University, and a passion for law, politics, and social issues. Contact Anneliese at amahoney@LawStreetMedia.com.
Share:
Related ItemsA&EDuck DynastyFree SpeechFreedom of ReligionMerry ChristmasPhil RobertsonWar on Christmas