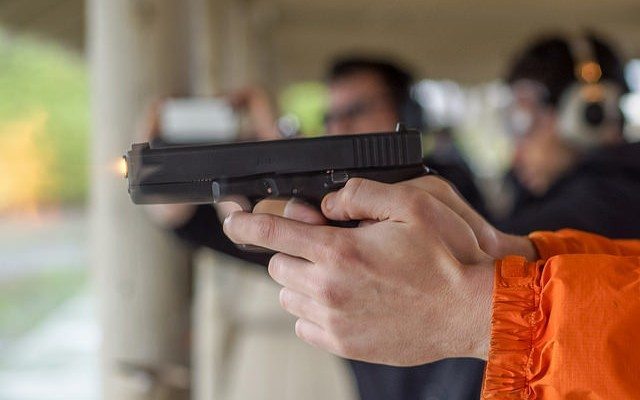 The United States is running out of lethal injection drugs. European pharmacies have refused to sell any more of their pentobarbital or other such supplies to America after they received information that the drugs were being used to kill inmates. Most of the E.U. has abandoned the use of capital punishment; the U.S. is the only Western country that still carries out executions.

As followers of the American penal system and/or fans of Gone Girl know, the rules regarding capital punishment vary from state to state. At present, 32 states in the U.S. enforce the death penalty, including Utah and Texas.

Lawmakers are seeking “back ups” to lethal injection. Utah Governor Gary Herbert signed a bill on Monday that allows death row prisoners to be killed by firing squad when execution by lethal injection is not available.

What are the procedures for a firing squad execution, you may ask? Officers volunteer to be part of a three-person shooting team. The anonymous trio shoots at a target over the inmate’s heart. One of the three guns that is used is loaded with a blank round, so nobody knows exactly which officer killed the inmate.

Read More: It’s Time to Bring Back the Firing Squad

If you are part of the 55 percent of Americans who support the death penalty for convicted murderers, you might agree with Fordham Law Professor Deborah Denno’s evaluation of death by firing squad:

It’s the only method we have in this country for which people are trained to kill. It appears the death is the quickest.

Other methods of capital punishment have also been discussed. The electric chair, death by hanging, and gas chambers were ruled out. Judge Alex Kozinski expressed his views on the use of another controversial killing method:

The guillotine is probably best, but seems inconsistent with our national ethos.

The change of policy in Utah has brought national attention to issues of justice and morality within the U.S. prison system. Will this issue incite a push for reform? Perhaps it is necessary to re-evaluate our country’s “national ethos,” to borrow a phrase from Judge Kozinski.

Corinne Fitamant
Corinne Fitamant is a graduate of Fordham College at Lincoln Center where she received a Bachelors degree in Communications and a minor in Theatre Arts. When she isn’t pondering issues of social justice and/or celebrity culture, she can be found playing the guitar and eating chocolate. Contact Corinne at staff@LawStreetMedia.com.
Share:
Related ItemsAmnesty InternationalCapital PunishmentDeath PenaltyFiring SquadGunsLethal InjectionUtah