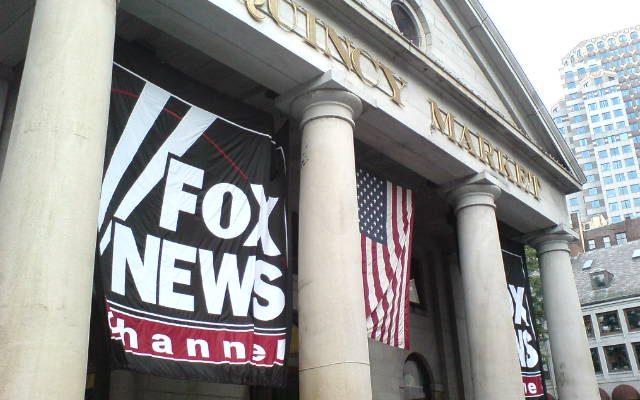 Bill O’Reilly’s departure from Fox News is being touted as a victory against the vitriolic reporting of the network. After multiple sexual harassment lawsuits against the cable anchorman became public, sponsors began pulling ads from the show to the point that Fox leadership decided to cut their losses and dismiss O’Reilly. But will that move actually change anything about Fox News?

“The O’Reilly Factor” was an incredibly popular program and producers scrambled to fill the profitable 8 p.m. weekday time slot that draws almost 4 million viewers each night. Tucker Carlson has been chosen from the Fox News bench to fill O’Reilly’s shoes. While he might not have the same popularity or fame as O’Reilly, Carlson’s dismissive views of women hardly make him a departure from the O’Reilly Factor era. For those who don’t regularly tune in to Fox News, Carlson is best known for his program “Crossfire”–which Jon Stewart famously tore to pieces in 2004. This year, Carlson replaced Megyn Kelly after her decision to leave Fox–so it would appear that Carlson is making a habit of replacing more popular hosts.

O’Reilly may be leaving Fox in disgrace, but the moral judgment passed on him does not translate into financial ruin. O’Reilly is receiving a $25 million payout upon his exit, a far greater sum than any of the women who sued him received, which is equal to one year of his salary. He will no doubt be invited to speak on cable news shows and on the lecture circuit, and already has a book deal to further augment his income.

Other media outlets might have taken O’Reilly’s departure as an opportunity to demonstrate a commitment to reform. Fox News could have hired outside of its existing anchor network, a true break from tradition. Even once the executives decided to hire in-house, they could have gone with a candidate with more experience with O’Reilly’s viewers–like host Laura Ingraham, who filled in for O’Reilly on multiple occasions. Ingraham tows the party line at Fox so hiring her would guarantee viewer retention while simultaneously serving as a gesture of respect towards female anchors at the network.

After Megyn Kelly’s departure, which O’Reilly reportedly contributed to, Fox had a chance to step back and address the pervasive sexism that female staff have faced at the network–a chance executives did not take. Representative Maxine Waters, who was personally attacked by O’Reilly, went so far as to call Fox News a “sexual harassment enterprise.” By appointing Carlson, the Fox team has only reaffirmed the culture O’Reilly and Roger Ailes built together at Fox. The window dressing might change, but the 8 p.m. weekday slot–and Fox News as a whole–will be the same, whether or not O’Reilly is at the helm.

Jillian Sequeira
Jillian Sequeira was a member of the College of William and Mary Class of 2016, with a double major in Government and Italian. When she’s not blogging, she’s photographing graffiti around the world and worshiping at the altar of Elon Musk and all things Tesla. Contact Jillian at Staff@LawStreetMedia.com
Share:
Related ItemsBill O'ReillyFox NewsLaura IngrahamRoger AilesSexismSexism in the WorkplaceSexual HarassmentTucker Carlson