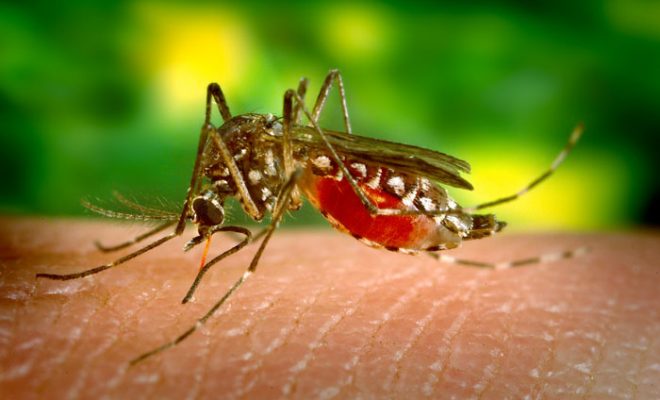 Zika Cases in Miami Rise to 14; Governor Calls on CDC to Help

On Monday, ten more people were confirmed by Florida Governor Rick Scott to have been infected by a Zika carrying mosquito in the Miami area. That brings the total number of local Zika cases–that is, those where transmission took place on American soil as opposed to an infected traveler from Latin America–to 14. All the cases, the first of which was reported a few weeks ago, are believed to have emerged in a one square mile area just north of downtown Miami, in the Wynwood arts district. The latest cases were found among more than 200 people who were tested for Zika within the affected area of Miami.

Governor Scott said in a statement that he will issue a travel notice to pregnant women or women who are thinking about conceiving a child in the near future. Zika is especially dangerous to pregnant women, because a child born to a Zika-infected mother has a high chance of developing microcephaly. Scott also said he will be calling on the Centers for Disease Control and Prevention to assist in investigating the Wynwood cases, as well as in preventing further transmission.

Dr. Antonio Crespo, an infectious disease specialist with Orlando Health, said it’s no shock that Florida is the site of the first local Zika transmissions in the U.S. Aedes aegypti, the mosquito that carries Zika and thrives in tropical climates, is common in Florida, Crespo said. That, combined with the fact that travelers from parts of Latin America where Zika is rampant often land in Florida, is why local cases were inevitable. “When you put the two together it’s not a surprise that at some point there was going to be a local transmission,” he told Law Street in a phone interview.

Dr. Crespo is optimistic that the disease will be contained, however. “I’m optimistic with Zika–maybe cautiously optimistic–because of what we have seen in the past,” he said, referring to the state’s successful campaigns to thwart dengue fever and chikungunya, two mosquito-borne diseases also carried by Aedes aegypti. Those diseases saw sporadic outbreaks in Florida over the past decade, but were contained by a process called vector control–a similar process is now being employed to deal with Zika.

Vector control is a two-pronged strategy, both to prevent further transmission and the spread of existing cases. First, people in an affected area–in this case, Miami-Dade and Broward counties–must take pains to avoid getting bitten. The best way to do that, according to Dr. Crespo, is to follow the precautions prescribed by the CDC: apply repellent and erect mosquito nets inside and around their homes. The mosquito’s population is then contained by draining standing water–a favorable breeding ground–and spraying the affected area with larvicide. Eventually, Dr. Crespo said, the disease will be contained and choked at the source.

Crespo is confident that Zika will be contained, but considering the connectedness of the world today, he said, the threat should not be taken lightly. “We live in a world where people travel, so it’s very easy for one disease to be transferred from one country to another in a matter of hours,” he said. “We need to continue to be on high alert.”

Alec Siegel
Alec Siegel is a staff writer at Law Street Media. When he’s not working at Law Street he’s either cooking a mediocre tofu dish or enjoying a run in the woods. His passions include: gooey chocolate chips, black coffee, mountains, the Animal Kingdom in general, and John Lennon. Baklava is his achilles heel. Contact Alec at ASiegel@LawStreetMedia.com.
Share:
Related ItemsCDCFloridaMiami-DadeRick ScottZikaZika Virus