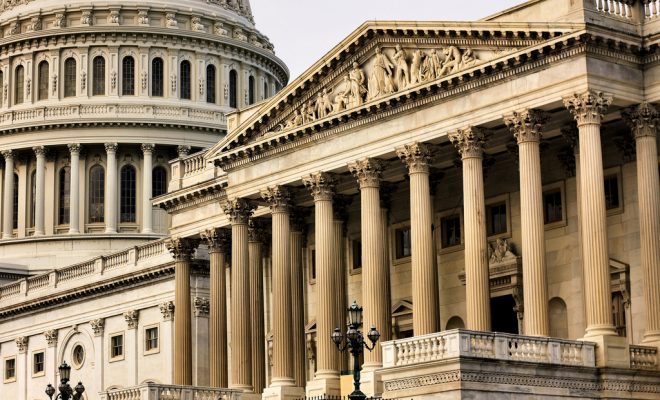 Three Republican Senators joined the entire field of Democrats on Wednesday to uphold an Obama-era environmental regulation, the first to withstand the Trump Administration’s pointed efforts to roll back the previous administration’s environmental agenda. The Methane Waste Prevention Rule was drafted by the Obama Administration late in his term, part of a flurry of executive actions aimed at bolstering his environmental legacy.

In the weeks leading up to Wednesday’s vote, a handful of Republican Senators were on the fence about withholding or repealing the regulation. A few Democrats were up in the air well. Because of the hurried drafting of the rule in the waning days of the Obama Administration, some saw it as potentially burdensome and not as effective as it could be. In the end, all 48 Democrats and Independents, as well as three Republicans–Senators Lindsey Graham (SC), John McCain (AZ), and Susan Collins (ME)–voted to keep the measure in place.

McCain, who was targeted in an intense lobbying effort by environmental groups in the weeks leading up to the vote, said controlling methane emissions “is an important public health and air quality issue.” He added: “I join the call for strong action to reduce pollution from venting, flaring and leaks associated with oil and gas production operations on public and Indian land.” However McCain, like many Republicans and some Democrats, urged Secretary of the Interior Ryan Zinke to re-write the rule.

The Bureau of Land Management enacted the regulation last November. It effectively forces oil and gas companies operating on public lands to capture methane, a greenhouse gas, rather than burning it off into the atmosphere. The rule would prevent 180,000 tons of methane from being burned into the atmosphere each year, according to federal estimates. Supporters of the rule contend it is a necessary addition in the fight against climate change. Critics say it is redundant–as many states already draft protections against methane emissions–and inhibits job creation.

“Unfortunately, the previous administration’s methane rule was not a balanced approach,” Sen. Rob Portman (R-OH), one of the Republicans who nearly supported keeping the rule, wrote in a statement. “As written, it would have hurt our economy and cost jobs in Ohio by forcing small independent operators to close existing wells and slowing responsible energy production on federal lands. There’s a better way.”

Portman added the Interior Department “should do more to prevent methane venting and flaring on federal lands.” In a letter to Portman, Zinke, the Interior Department secretary, said he would “act within my authority as Secretary to craft solutions that incentivize responsible development.” Zinke added that he shares “concerns regarding methane waste and agree that we must manage our public lands in a pragmatic way.”

Over the past few months, the Trump Administration has been using a 1996 law, the Congressional Review Act, to dismantle a trove of Obama-era environmental regulations. Previously, the law was seldom used by presidents to undo executive actions of their predecessors. The Trump Administration has pushed Congress to utilize its powers 13 times over the past 60 days. But the window allowing the administration to use the bill is expected to end on Thursday; it is only effective within the first 60 days after a regulation is drafted.

But despite the successful preservation of the rule, White House officials signaled that they still intend on drastically reshaping it. Kate MacGregor, the Interior Department’s acting assistant secretary for land and minerals, said: “The vote today in the Senate doesn’t impact the administration’s commitment to spurring investment in responsible energy development and ensuring smart regulatory protections.”