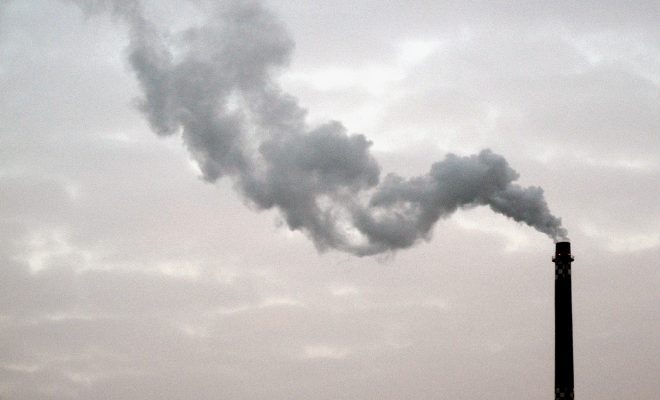 Donald Trump never included anything about his stance on climate change and global warming in his campaign platform. While Hillary Clinton featured the issue prominently on her website, Trump has previously said that climate change is a hoax created by the Chinese. Though he denied that odd stance in the first presidential debate, his tweet from 2012 was widely spread by the media.

He has also promised to go back to larger domestic coal, oil, and gas industries. And Trump has tweeted a whole lot about what he thinks of global warming…primarily that it doesn’t exist. You can find a list of all his tweets on the matter here. One example:

President Obama was terrible on @60Minutes tonight. He said CLIMATE CHANGE is the most important thing, not all of the current disasters!

During a speech in May, Trump said that he would pull the U.S. out of the Paris Climate Agreement if elected, and said that it is “bad for U.S. business” and allows “foreign bureaucrats control over how much energy we use.” The U.S. has pledged to cut down greenhouse gas emissions by 26 to 28 percent below 2005 levels by the year 2025. We are the second-largest emitter of greenhouse gases in the world after China, so it is a pretty big deal.

But on Friday, the Paris agreement was ratified into international law, after 96 countries signed the deal. This happened way faster than expected, which is a positive sign. And it means that Trump cannot technically renegotiate any parts of the deal until three years in, and after that one additional year must pass before he could officially withdraw from it.

However, he could technically get out of the deal by disassembling and undermining the ways in which America reduces its greenhouse gas emissions, and by simply not living up to the goals of the agreement. There is also a more aggressive way to get out of the deal, namely by withdrawing from a climate treaty from 1992, which would automatically pull us out from the Paris deal as well. Though this is legally possible, doing so would definitely undermine how trustworthy other countries perceive the U.S. to be and not favor our own interests in the long run. And according to environmental think tank Climate Interactive, this would have a significant impact on the climate. These are pretty alarming things going on.

Climate Interactive said that since the U.S. pledge is so large—the percentage translates to 22 billion tons of carbon dioxide—a withdrawal from the deal would directly impact the rest of the world. “Pulling out of the Paris agreement matters not just in leadership, but also in a direct impact on the climate,” said Andrew Jones, co-director of the group, to the Washington Post.

Also, if the U.S. chooses to not partake, other countries like India are less likely to do it too. Trump has also said he wants to reduce the EPA, the U.S. Environmental Protection Agency, by 70-80 percent. In September he picked Myron Ebell as head of environmental policy on his transition team—a climate skeptic who is a director of a conservative think tank and whose sponsors are some of the biggest polluters in the country.

Yet another depressing point is that the election on Tuesday resulted in a defeat of a Washington State initiative, Initiative 732, that would have been the country’s first revenue-neutral carbon tax. It would have imposed a $25-per-ton fee on carbon dioxide emitted in different sectors, money which then could be used to reduce the state sales tax. But looking at the bigger picture of what a Trump presidency will bring, this barely matters, according to Charles Komanoff, director of the Carbon Tax Center. “We’re in for many years of backsliding on climate at a time when we really had to ramp it up,” he said.

Emma Von Zeipel
Emma Von Zeipel is a staff writer at Law Street Media. She is originally from one of the islands of Stockholm, Sweden. After working for Democratic Voice of Burma in Thailand, she ended up in New York City. She has a BA in journalism from Stockholm University and is passionate about human rights, good books, horses, and European chocolate. Contact Emma at EVonZeipel@LawStreetMedia.com.
Share:
Related Items2016 ElectionCarbon DioxideClimateClimate ChangeDonald TrumpEmissionsGreenhouse GasParis Climate AgreementTrump