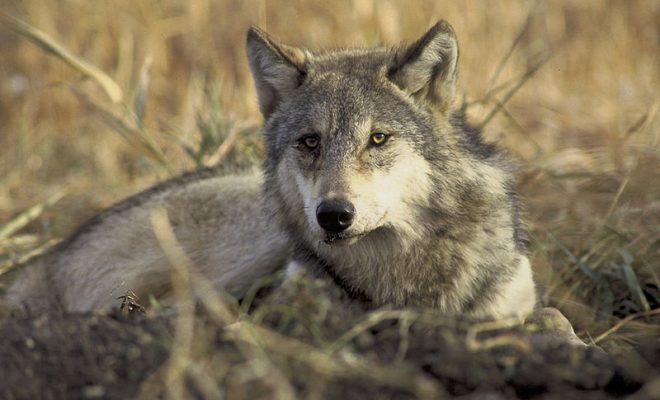 Gray wolves, and sage grouse, and prairie chickens–oh my! A new GOP aim may reduce protections for a handful of endangered species.

According to the Associated Press, House Natural Resources Committee Chairman Rob Bishop (R-UT) said that he “would love to invalidate” the Endangered Species Act (ESA)–although it’s unclear exactly how–and he may now have the support he needs with an incoming Republican president and Republican-dominated Congress.

Republican lawmakers have previously tried to limit the number of species included on the endangered species list, complaining that protecting these animals may restrict drilling, logging, mining, and hunting. Bishop said he believed that the act had been “hijacked” and “used for control of the land.” He claims that the ESA does not actually serve the purpose of restoring endangered species.

The act was passed in 1973 to prevent the extinction of the bald eagle, which was later taken off the endangered species list. The act outlines the requirements for listing a species as endangered and allows the federal government to undertake measures to recover those species. Once recovered, a species may be delisted and no longer subject to government protection as long as its population remains stable.

In the most recent effort to limit the scope of the act, Representative Liz Cheney (R-WY) introduced a bill on January 10, backed by 11 Republicans and three Democrats, to delist the gray wolf in the Great Lakes region and Wyoming. The wolf, which often preys on game animals and livestock, was already delisted in Montana and Idaho in 2011, but two of its sub-species are close to extinction, according to Newsweek.

Though President-elect Donald Trump has not expressed a position on the Endangered Species Act, he has discussed plans to better utilize federal lands for drilling and mining.

Throughout President Barack Obama’s tenure, efforts to curb the act–by dropping restrictions for certain species, for example–have been blocked by Democratic lawmakers. According to The Hill, Republican leaders behind the measures have felt that the ESA is ineffective and imposes unnecessary restrictions on landowners.

Meanwhile, the list of endangered animals continues to grow. Recently, a type of bumblebee became the first bee–and one of 300 species added by the Obama administration–to make the list.

Victoria Sheridan
Victoria is an editorial intern at Law Street. She is a senior journalism major and French minor at George Washington University. She’s also an editor at GW’s student newspaper, The Hatchet. In her free time, she is either traveling or planning her next trip abroad. Contact Victoria at VSheridan@LawStreetMedia.com.
Share:
Related ItemsEndangered SpeciesEndangered Species ActObamaRob BishopTrump