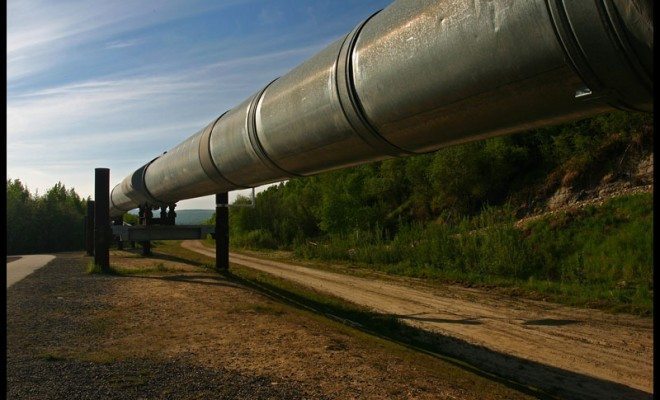 Fracking is Shortsighted in Light of Temporary U.S. Oil Boom

One of the arguments in favor of hydraulic fracturing, commonly known as fracking, is that it has largely enabled the recent oil boom in the United States. Vast stores of shale oil and natural gas are now accessible in large quantities and in short spans of time. Prices at the pump and dependence on the Middle East and OPEC are both down, and domestic industries are up. Yet the key concept in the term “boom” is that it is temporary; the United States must realize that, as with any nonrenewable resource, reservoirs will eventually deplete and we will be back to square one. In the meantime, a vast web of pipelines is being constructed to accommodate for the surge and the necessity to transport the product. This raises an additional set of concerns, namely for the health of the environment.

The wells from which all this liquid gold now flows are a fraction in size to most of the ones in the Middle East. Projections suggest that domestic oil production may plateau as soon as in the next few years, and begin to decline by 2020. Thus the boom is more like a flash in the pan. Being that the oil reserves of just a handful of Middle Eastern nations total more than forty times that of the United States, the latter nation would be wise to retain productive dialogues and relationships with the former, as it is likely that the previous course of trade will resume in due time. It would be unfortunate if the United States burned some bridges in the excitement of its boom, only to find quickly that it is once more dependent on imports. Policy and national behavior are tightly tied into these environmental realities.

In the meantime, it has become necessary to bolster the infrastructure for delivering domestic oil throughout the country. Among the environmentally motivated criticisms of fracking are heavy truck traffic and volatile oil trains. North Dakota, the site of the Bakken Oil Fields fueling the boom, has endured a spike in spills, explosions, and other dangerous missteps over the last few years as production and transportation of the product has increased. It has done so in a haphazard and unregulated fashion, focused more on economic expansion than safety. A primary source of these accidents is a complicated and growing network of pipelines that have sidestepped federal inspection.

In addition to the ongoing controversy regarding the Keystone XL Pipeline, many smaller ones are being approved and constructed throughout the country. New Jersey has recently been faced with proposals to construct a slew of pipelines throughout the state. As with many states in the path of Keystone XL, New Jersey would not directly benefit from the lines, as it serves simply as a crossroads that bears all the burdens and risks. These pipes will not create new jobs or bolster the local economy.

A resolution to oppose the proposed Pilgrim Pipeline in the Northern Valley was recently voted down. If constructed, it would likely run through ecologically sensitive areas and near local water supplies. In the event of a leak or spill, which despite claims that these pipes meet safety standards is more likely than one might expect due to the explosive nature of the particular oil that they will transport, water would be contaminated and difficult to purify.

A North Jersey politician who is a proponent of the Pilgrim Pipeline indicated that arguments of the nature that the line will not directly benefit New Jersey are not sufficient because lines that run through other states help bring oil here. While this may be true, it is not persuasive for several reasons. The first is that it throws others under the bus; we enjoy that there are pipes bringing oil here and benefitting us and our economy, while those states bear heavy social and ecological risks to do so and this is presumably all acceptable. Next, complex routes of ecological motion are endangered and still threaten us. For example, another pipe will soon be constructed to bring fracked natural gas from Pennsylvania to New Jersey. Many are concerned with the possible threats this line will pose for the Delaware River, whose water is vital for the variegated regional biodiversity as well as residents over a wide geography. Thus whether a pipe runs through New Jersey to elsewhere, or in from somewhere else, threatens more complications than a localized leak. Finally, the enthusiasm for oil pipelines simply encourages too much economic investment in and social reliance on oil. The domestic boom will die out sooner than later; all these new pipelines will become useless, while in the meantime they present a surge of dangers.

A pipeline running through ecologically sensitive Alaska. Courtesy of US Geological Survey via Flickr.

Once more, investment in renewable energies is a more desirable option, as their production, delivery, and use is far less hazardous and much cleaner, and more realistically intertwined with the United States’ energy and economic future.