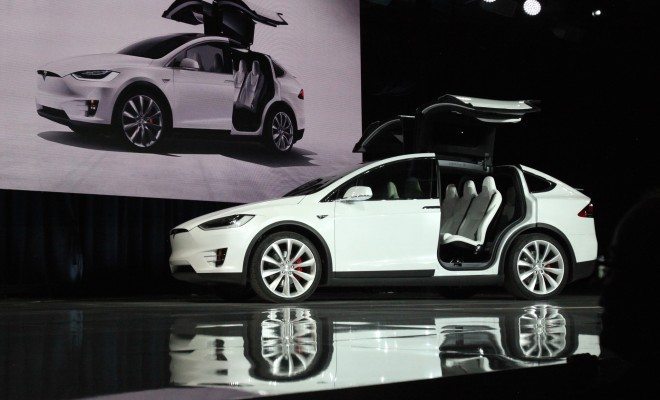 Fear and Loathing in Green Energy: Prejudice Against the Tesla Model X

No one has ever stopped their friend in a parking lot and said, “Quick, take a photo of me with that Prius.” But on the stage of the Fremont warehouse where Elon Musk revealed the Tesla Model X two weeks ago, every smartphone camera in the room was flashing as invitees to the event jostled each other in attempts to take the best Instagram. Tesla Motors is a brand committed to making electric energy exciting, creative and even sexy. Yet Tesla is frequently categorized as a niche product reserved for Silicon Valley that will never create significant change outside of a designated tax bracket.

This perception of Tesla is a key part of green energy’s clique mentality–only a narrow percentage of green activists are considered to be truly making impactful change and other innovators and policymakers get written off as merely jumping on the bandwagon. The stereotype of the aging hippie with a handmade sign and a tie dye shirt is not a comical caricature–it’s a key part of why green energy movements freeze out certain voices and interests. The idea of “selling out” or “going corporate” is so antithetical to the roots of the green energy movement that activists fear even being associated with luxury products. Here lies the paradox of the Tesla Model X: it is an innovative and high performing electric vehicle yet because it is priced as a luxury product, the green energy movement feels uncomfortable endorsing it. Silicon Valley, for all of its flaws, is one of the world’s greatest incubators of alternative energy and technology but in recent years, it has been labeled too elitist and narrowly-focused. Green energy leaders tend to laud the advances of American technology but then proceed to write Silicon Valley off as disconnected from the economic and political realities of energy implementation. Yet this criticism comes without any proposed reforms–Silicon Valley gets dismissed without advice on how to improve.

Take the Model X as an example. After the initial slew of articles describing the features of the Model X, newspapers picked up a second story: the potential $25,000 tax loophole for small business owners who purchase a Model X. The Model X was immediately transformed from a feather in the cap of electric energy into a symbol of corrupt capitalism. The phrase “tax cuts for the rich” is almost a curse word in the green energy world and may create significant backlash against the Model X. Why? Because being “part of the establishment” is the cardinal sin of the green energy movement (even in the case of the Model X, where Tesla is merely following the rules of the IRS tax code). However, opponents of this tax break present no other viable solution to get more drivers behind the wheel of electric vehicles. In fact, tax breaks for electric vehicles are a key part of green energy reforms across the country–so why attack one electric energy tax break while lauding another?

Green energy no longer lives on the periphery–the fact that multiple candidates in the 2016 presidential race have outlined detailed alternative energy plans that reach as far as 2050 is proof that activists have done incredible work in educating policymakers. However, green energy will never match the lobbying power of traditional energy companies if it continues to subscribe to the outdated idea that green energy can’t exist across a broad range of commercial interest–including the luxury market. Environmental activism was born out of populist desire to protect the environment, for both current and future populations, regardless of class, creed, or color. Green energy can’t fully commit to this goal unless it lets go of its own prejudices and accepts that you don’t have to rock a peace sign and long hair to care about alternative energy.

Jillian Sequeira
Jillian Sequeira was a member of the College of William and Mary Class of 2016, with a double major in Government and Italian. When she’s not blogging, she’s photographing graffiti around the world and worshiping at the altar of Elon Musk and all things Tesla. Contact Jillian at Staff@LawStreetMedia.com
Share:
Related ItemsElon MuskEnergyGreen EnergyGreen TechnologySilicon ValleyTax BreaksTechnologyTeslaTesla Model X