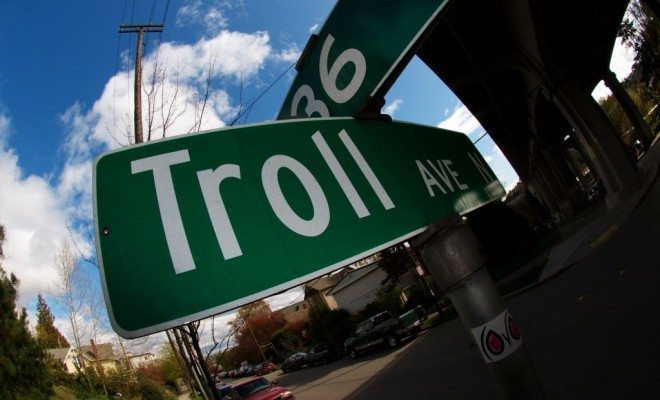 What’s Up With All the “White Student Unions?”

College students around the U.S. and Canada have been seeing “White Student Union” pages pop up for their respective schools–as of this morning there were more than 30 around the country. But is this a new trend–are random college students really trying to create “white student communities,” or just a bunch of annoying trolls?

I’m happy to announce it appears to be the latter–The Daily Beast has reported that the Facebook pages for the white student unions are being created by a bunch of racist trolls.

The message boards 4Chan and 8Chan as well as the white supremacist site Daily Stormer appear to be propelling the creation of the pages. Gotta love the internet, and its amazing power to connect assholes regardless of location.

According to The Daily Beast, the goals of these idiots are pretty straightforward:

These trolls’ strategy is to mimic the black student activist groups whose campus protests have made headlines this month. They purport to highlight racial double-standards, asking why white students should not be allowed to organize the way minority students do. The answer is relatively straightforward (American universities are often majority white, with curricula and administrative systems that privilege white students), but 8channers are counting on some students to fall for their rhetoric.

The pages have all essentially been created within the last week, lending credence to the theory that there’s a concentrated and new effort to create them. Additionally, many of the pages use similar language, for example introducing the pages as “a safe space to support and promote the interests of students of European descent at [relevant university name]!” The following description has also been found on a number of pages:

We affirm the dignity and ancestry of our proud people who have gifted the world with countless works of beauty, science, and wisdom, and are committed to promoting a dialogue and political resistance that will secure a future for our posterity and spirit. … At the same time, we do not wish to denigrate or harm any other group or ethnicity.

After their creation, the pages have been posting a variety of articles, including those about high profile racial controversies at schools like Mizzou and Yale, or articles that are critical of the Black Lives Matter movement and the concept of white privilege.

Schools that have been affected have, for the most part, issued statements that they’re trying to get the pages taken down, and that they’re not supported by the administration. Many schools have also indicated their support for students of color on their campuses. Additionally, NYU–one of the highest profile schools to get targeted–threatened legal action against the trolls for using NYU’s logo without permission and breaking copyright law.

Anneliese Mahoney
Anneliese Mahoney is Managing Editor at Law Street and a Connecticut transplant to Washington D.C. She has a Bachelor’s degree in International Affairs from the George Washington University, and a passion for law, politics, and social issues. Contact Anneliese at amahoney@LawStreetMedia.com.
Share:
Related Items4Chan9ChanBlack Lives MatterDaily StormerFacebookMizzouNew York UniversityNYUWhite Student UnionsYale