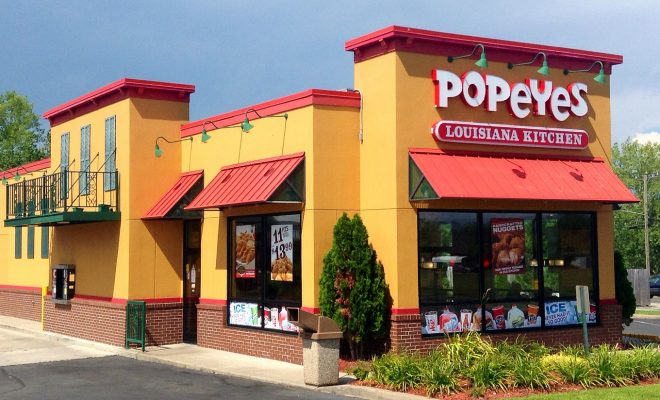 Chicken With a Side of Tax Inversion?: A Look at the Popeyes Sale

Yesterday, in a $1.8 billion deal, the Canada-based fast food company Restaurant Brands International (RBI), acquired Popeyes, one of the largest chicken fast-food chains in America. The deal is expected to close in April.

“With this transaction, RBI is adding a brand that has a distinctive position within a compelling segment and strong U.S. and international prospects for growth,” RBI CEO Daniel Shwartz said in a statement. “As Popeyes becomes part of the RBI family we believe we can deliver growth and opportunities for all of our stakeholders including our valued employees and franchisees.”

This acquisition makes Popeyes part of the RBI “Family of Brands” that includes Burger King as well as the Canadian coffee and doughnut chain Tim Hortons. RBI is majority-owned by the Brazilian investment firm 3G Capital and was formed in 2014 after the Burger King and Tim Hortons merger. Since the merger, Burger King has expanded around the world with much success.

The deal seems to be good news for Popeyes investors and shareholders. Since news of the deal emerged, Popeyes stock has been soaring, according to Business Insider.

While the deal is being applauded as a good business call by RBI, some people are calling foul, bringing up the fact that RBI has been a prominent perpetrator of tax inversion, which will become even more significant now that RBI is making strides toward becoming one of the largest fast food companies in the world.

Projected tax savings for Popeyes have not been reported yet, but, according to ThinkProgress’ Alan Pyke, being a smaller firm, Popeyes’ tax savings are probably going to be much smaller than Burger King’s. However, with the new Trump Administration, questions about tax/corporate inversion have been growing, as the administration is expected to take a much different approach towards quelling its effects than the Obama Administration did.

Inversions were all the rage in corporate management in the second term of the Obama administration, which sought to curb them through new Treasury Department rules. The bankers who helped complete those deals raked in close to a billion dollars in fees for their assistance.

Republicans in Congress are widely expected to gut the Obama-era restrictions on inversions. President Donald Trump’s administration has signaled it would prefer to slash the U.S. corporate tax rate rather than combat corporate tax avoidance through regulation — even though rates are not what drive American-made companies to pretend they live somewhere else.

Pyke cites a report from Reuters that looked at six companies that were known to have completed or were in the process of completing “inversion-type” deals. The report finds that, while the U.S. corporate tax rate is high, many large companies use elaborate strategies to cut tax costs, which reduce the effects of the country’s 35 percent statutory rate and allow companies to pay well below the actual rate. These elaborate loop holes within the U.S. tax code suggest that companies may be practicing tax inversion for a variety of incentives offered abroad, which shows that “Washington’s current debate over business tax reform may be too focused on the statutory rate, neglecting effective rates and the incentives that companies have to shift profits abroad.”

As Pyke points out, President Donald Trump and many other Republicans still prefer to slash corporate taxes to stop companies from making tax inversion deals. Trump has frequently stated that he will lower the corporate tax rate to 15 percent.

Austin Elias-De Jesus
Austin is an editorial intern at Law Street Media. He is a junior at The George Washington University majoring in Political Communication. You can usually find him reading somewhere. If you can’t find him reading, he’s probably taking a walk. Contact Austin at Staff@Lawstreetmedia.com.
Share:
Related ItemsBurger KingBusinesscorporate inversionEconomyfinancesPopeyesTaxesTim HortonsTrump