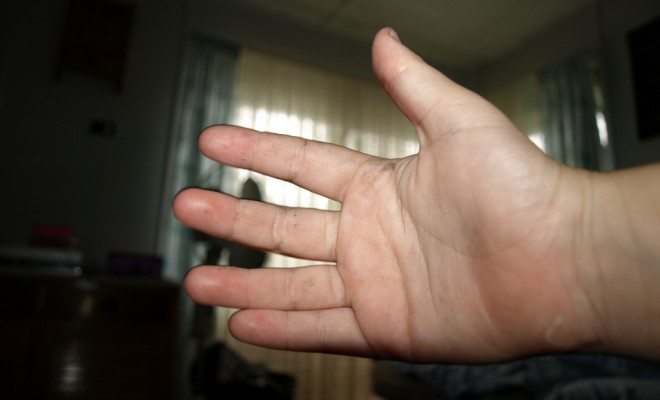 Toya Graham wasn’t looking to become famous when she grabbed her mask-wearing teenage son and slapped him in the middle of the Baltimore riots this Monday. Her main concern was ensuring that her only son would have no part in the violence sweeping through her community. Her actions, which were caught on tape by a news crew, have people all across the nation calling her “mother of the year.” But I find her public endorsement strange, since Americans haven’t been so approving of physically disciplining children in recent years. What many people applauding her actions are failing to point out is had Graham hit her son in a different context, onlookers wouldn’t be calling her a hero, they’d be calling Child Protective Services.

This kind of hypocrisy immediately makes me think of the way Minnesota Vikings running back Adrian Peterson was vilified by the media last year for whipping his four-year-old son using a tree branch commonly known as a “switch,” which left welts and cuts on the boy’s body. After the child abuse allegations broke, Peterson found himself in a back-and-forth with the league executives, who seemingly couldn’t make up their minds on how they would punish him. The former NFL MVP eventually accepted a plea deal with the courts and was suspended for the rest of the season without pay. However, in a statement to police, Peterson maintained that he felt confident in his actions, and is thankful for what spanking had done for him in his life.

Now just to be clear, I’m not advocating the physical abuse of anyone, and Peterson’s form of discipline clearly went too far. But if Americans can support the “Baltimore mom” publicly beating her child, why have they tended to be so disapproving of a swift swat on a child’s behind to put them in check when necessary?

Spanking, or striking a child on the buttocks, is a form of corporal punishment, which is the umbrella term for any form of physical punishment that involves the deliberate infliction of pain in order to punish someone. The majority of Americans in previous decades supported the method as an acceptable disciplinary tool, but modern Americans’ opinions on spanking are different depending on party, race, region, and religion. Fivethirtyeight reports that spanking has become less and less popular over the past three decades, with the majority of its supporters consisting of Republicans, African-Americans, Christians, and Southerners.

This winter, NBC decided to broach the controversial topic of corporal punishment with a star-studded American remake of an Australian miniseries titled “The Slap,” which revolves around a group of people dealing with the repercussions of an adult male slapping someone else’s misbehaving child at a birthday party. Each episode is centered on a different character’s perspective, showing just how complex and different opinions on the matter can be.

But if trends show that people are less and less approving of parents putting their hands on their children, why is the Baltimore mother who publicly slapped and cursed at her son suddenly a hero? The answer–media hypocrisy.  Salon‘s Joan Walsh had an interesting take on the topic, writing:

The debate over the moment Graham says she ‘lost it’ is complex. There’s a parallel black debate going on that, as always when it comes to racial issues, is richer and more nuanced. But anyone white who’s applauding Graham’s moment of desperation, along with the white media figures who are hyping her ‘heroism,’ is essentially justifying police brutality, and saying the only way to control black kids is to beat the shit out of them.

I’m aware that a lot of African Americans are lauding Graham, too. This piece isn’t directed at them. Whether they applaud or critique Graham’s corporal punishment, most black people debating the issue acknowledge that the desperate public beating came from centuries of black parents knowing they have to discipline their children harshly, or else white society will do it for them – and they may not survive it.

I am all for how this mother chose to deal with her son’s participation in the riots in Baltimore; if that had been me I would have gotten much worse from my mother. My problem is with how fickle our society can be about the topic of corporal punishment depending on how it is portrayed in the media. A parent should be allowed to discipline their child in the way they see fit, within reason, but it shouldn’t take a black woman beating her black son during a city’s upheaval for the rest of America to suddenly get on board.

Alexis Evans
Alexis Evans is an Assistant Editor at Law Street and a Buckeye State native. She has a Bachelor’s Degree in Journalism and a minor in Business from Ohio University. Contact Alexis at aevans@LawStreetMedia.com.
Share:
Related ItemsAdrian PetersonBaltimoreBaltimore RiotsChild AbuseCorporal PunishmentDisciplineMarylandSpankingToya Graham