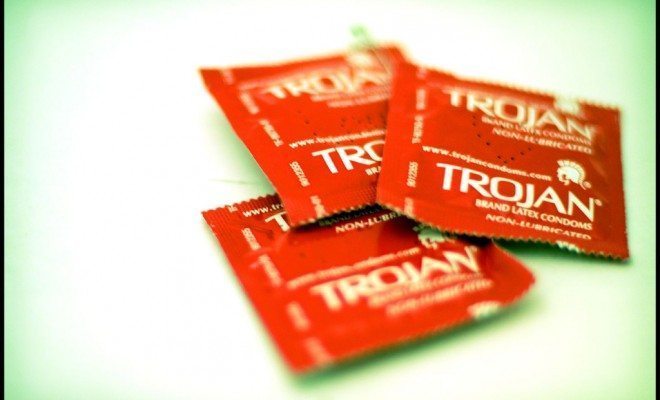 And even though my syllabus is done (well, mostly done), my new hire paperwork is in (finally), and I’m pretty sure my bank account won’t empty out completely before I get paid again (grad schools think we don’t pay rent in the summer), I agree with grumpy Twitter users and Leonardo DiCaprio:

"Are you ready for back to school sales?" #BackToSchool pic.twitter.com/hvrxaYqeNG

Still, though, I am ready for John Oliver’s take on #backtoschool prep. With the help of Laverne Cox and Nick Offerman, he just released a comical (but oh, too true) sex ed PSA.

And even though most people are rightly focusing on the actual content of the PSA–which Mic sums up in a great series of stills–I’d like to have a moment of online silence for the couple of seconds in his intro when Oliver cracks himself up making fun of kids teetering on the edge of puberty (he tries to get over it from 0:55-0:59). Watching him amuse himself is funnier, for me, than the joke itself, which I would have left out of the damn thing: shouldn’t body positivity go along with any sexual education proclaiming itself to be liberal? If the kid is proud of what his body is doing, let him be proud.

But, if you want to critique where he gets the idea that he should be so proud of a mustache (hello, damaging conceptions of “manhood” that lead to the very rapey sex that the PSA generally tries to address), that’s fine, too: go for it. But shouldn’t a critique of the dominance of masculinity (which Oliver could have gone into with the kid being “way too proud” of his “ghost mustache”) be more incisive than a punchline?

Yes, maybe. But then, everything’s a punchline here (which always, of course, has its goods and its bads). Some (but not all) of the bads: the video is presented as being about “teen birth control decisions.” When I was a teenager, I just turned off (pun?) when people would try to talk about that. A cis woman who was dating another cis woman (and, largely because we were teenagers, thought we’d never want to have sex with anyone else), I wasn’t worried about birth control. At the time, I didn’t think I would ever have to be. So I didn’t pay attention to any sex ed. Because it was super heteronormative. Like Oliver’s video. *facepalm*

So even while we’re watching, and even while we’re getting a lot of things right, we–and by we, here, I mean Oliver’s video–always have to seek to improve where we can. Even and especially through the “everything’s a punchline” mentality.

Some of the goods, though:

From “this is a vagina” (*GIGGLE*) to “and this is a butt,” (*GRAVE STARE*), the PSA says it is addressing itself to teenagers who are going to make a ‘hugely important’ decision: “no decision is probably more important than the one you’ll make about becoming sexually active.” And it does so by making us…laugh.

Which is useful, actually. Because it can diminish nerves and it can take away skittishness. It allows us to laugh about sex while firmly telling us, “no, no, violating someone’s consent is not something to laugh about.” (Best line award goes to Laverne Cox: “This is actually pretty simple: if someone doesn’t want to have sex with you, don’t have sex with them.”)

If the laughter isn’t at someone’s expense (like the Ancient Egyptians joke in the PSA. JOHN OLIVER STOP IT RACIST MICROAGGRESSIONS ARE NOT OKAY AND ARE NOT FUNNY), it can level a bit of the power playing field between teacher and student: with laughter easily flowing, it’s harder for teachers to present ourselves as “authorities” of sex. Which we’re not. Instead, we’re more like peers of students, who–like teenagers–have a variety of sexual and sexuality-related experiences. It’s a good thing if we don’t pretend we’re authorities of sex. Because let’s not pretend we all have had all the sexual experiences ever. Or even all the sexual knowledge ever. Because we don’t. Because we don’t all even get the idea that it’s probably best not to rape someone.

Adults need sex ed, too. Everyone is always learning.

And maybe the whole laughter thing can help us get there, just a little bit.

Jennifer Polish
Jennifer Polish is an English PhD student at the CUNY Graduate Center in NYC, where she studies non/human animals and the racialization of dis/ability in young adult literature. When she’s not yelling at the computer because Netflix is loading too slowly, she is editing her novel, doing activist-y things, running, or giving the computer a break and yelling at books instead. Contact Jennifer at staff@LawStreetMedia.com.
Share:
Related ItemsBack to SchoolEducationFeminismHeteronormativityJohn OliverPoliticsSex EdSex Education