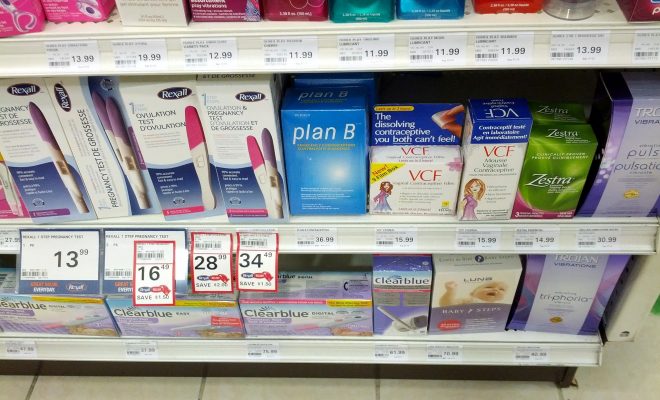 The morning after pill, also known as Plan B, is a backup contraceptive. It helps prevent pregnancy after a contraceptive failure or unprotected sex. That’s a good thing. But Plan B gets a bad rap; one of the most popular myths about it is that it “causes an abortion.” It doesn’t, but that doesn’t stop some pro-life organizations from purporting that misinformation, among other incorrect claims. Well, one reproductive rights advocacy organization, Lady Parts Justice League, has released a catchy little video dispelling those myths. And it’s sure to invoke nostalgia for any of us who watched Schoolhouse Rock as kids.

That’s right, she’s just a pill. The pill is voiced by Lea DeLaria, best known as “Big Boo” from “Orange is the New Black.” The video explains what the morning after pill actually does, and how it does not cause an abortion. The morning after pill doesn’t terminate a pregnancy, but instead keeps the pregnancy from occurring in the first place.

According to Lady Parts Justice, the organization chose to release the video specifically now, while Neil Gorsuch is going through confirmation hearings for the Supreme Court. Creator Lizz Winstead told the Huffington Post:

In his past rulings, [Gorsuch] has shown he lacks an understanding of basic science, for example, how pregnancy happens or birth control works. It is imperative that we don’t fill our Supreme Court with judges whose working knowledge of the reproductive system is akin to their working knowledge of pagers.

Given current debates over Trumpcare, a.k.a the American Health Care Act (AHCA) in Congress, access to emergency contraceptives may become more important than ever. Congressional Republicans continue to edit their draft, and are now reportedly ready to drop things like maternity care and preventative care like contraceptives from the plan in order to get it passed.

This is what GOP hardliners are saying insurers no longer have to cover. This may get the repeal passed. https://t.co/BOOAtHODQs pic.twitter.com/Y3uoh6jw1L

It’s important to all be on the same page about what emergency contraceptives do, and ensure that misinformation isn’t spread to the women who may need to rely on them in the post-Obamacare era. Lady Parts Justice figured out how to do that in an entertaining and relatable manner–so let’s keep the videos coming!

Anneliese Mahoney
Anneliese Mahoney is Managing Editor at Law Street and a Connecticut transplant to Washington D.C. She has a Bachelor’s degree in International Affairs from the George Washington University, and a passion for law, politics, and social issues. Contact Anneliese at amahoney@LawStreetMedia.com.
Share:
Related ItemsahcaHealth CareLady Parts JusticeLe DelariaMorning After PillPlan BReproductive Rights