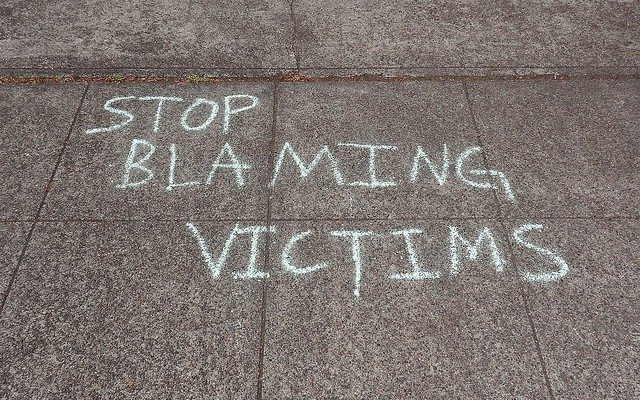 Rolling Stone, Bad Journalism, and the Future of Rape Victims

A couple of weeks I wrote about Rolling Stone’s report of a young woman being brutally raped on the University of Virginia campus. Last week Rolling Stone retracted the story, even apologizing to its readers. After the original report hit the news cycle people hung on to every word–even the administrators at UVA took action by banning all fraternities–but now it seems that the story may not have been true.

In my first article I was conflicted about the story of Jackie–the victim–and wondered why she would value her reputation at the school by keeping quiet for so long over her own well-being and justice. I get that being raped by five to seven guys is a traumatic event, one that no one would ever want to relive, but why would you allow your “friends” to talk you into keeping something like that quiet, as the report indicated? Why allow seven rapists to troll the campus for another possible victim?

I believe in the theory that there are three sides to every story, and in this case those sides belong to the victim, the unnamed rapists, and the truth somewhere between the two. One person’s perspective on an event can be totally different from someone else’s, so combining both stories usually brings out a more accurate truth, in my opinion. What Rolling Stone  did was allow Jackie to tell her side of a story without sufficient due diligence on the part of the publication by contacting the men she accused and fact checking the story. Granted, I don’t know how much fact checking you can do when a young woman states she was raped two years ago. Yes, you can check to see if such a party took place at the frat house, but there isn’t much more access someone can get without starting to raise flags. Rolling Stone‘s journalism in this case was abysmal.

My biggest question is would UVA administrators have taken the time to do a thorough investigation if this were privately handled? I would like to think so, but the cynic in me knows that sometimes administrators put the reputation of a school above the well-being of its students.

I’m ashamed of Rolling Stone, not just because of this article but because of several missteps over the last couple of years. The cover where it got the facts wrong on who signed the Constitution–a staple of being an American. The RIDICULOUS decision to put a terrorist on the cover of its magazine where he looked more like a rockstar than an enemy of the state! Fact checking and respecting Americans is clearly not on the agenda over at Rolling Stone. Maybe you guys should stick with what you know–entertainment. But really, you shouldn’t even do that because those reviews are usually wrong, too.

Fellow Law Streeter Anneliese Mahoney wrote about how Rolling Stone’s retraction affects rape victims in America. I agree with her, the original Rolling Stone article and later retraction are going to make real victims of rape shy away even more from reporting their experiences. UVA administrators and investigators disproved certain facts that Jackie reported to Rolling Stone. Why couldn’t this publication have taken a little more time and done the right thing? Why did it not take a step back and try to get a full story? Look at the big picture? Yes, it was probably trying to do a good thing in telling this story. So many women feel like they were not alone and were encouraged to tell their story because somehow Jackie found the strength to do it. But now that “strength and courage” have been squashed by reality.

It’s Go Ask Alice all over again. The diary of a young girl that was in fact fictional but presented as truth. There is a certain level of betrayal from the publishers of Go Ask Alice and the people over at Rolling Stone. You want to help rape victims? Try doing your job and not ruining what victims have worked so hard for. That 5.9 percent of false accusations that Anneliese mentions are the ones that are heard the loudest and hung on to the longest. Those who cry wolf are the ones doing the most damage to real victims and Rolling Stone may have just let someone cry wolf on the main stage with a loud speaker.

I’ve shamed Rolling Stone. I’ve shamed UVA. I’ve even shamed Jackie. But now it’s time to reiterate that even though her story as published in Rolling Stone may not be true, anyone who is a victim of rape–or any crime–should find the strength in themselves to speak up. Be what Jackie was supposed to be–a role model who is taking charge of what happened to her and standing up for herself and victims alike.