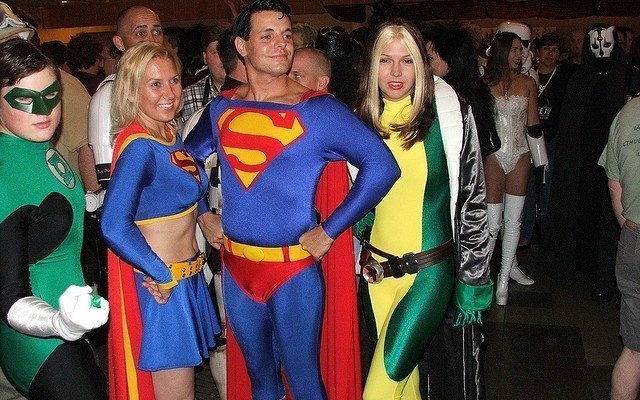 Here at Law Street, we’ll be donating a lot of time to the bad guys in the next few days (foreshadowing!).  Today I am going to buck that trend, and extol the virtues of the modern day superheroes: prosecutors.

I’m embarrassed to say that I’m one of the kids who used to watch Law & Order and Perry Mason and think “one day I want to be a lawyer.”  They did all of the quintessential lawyer-like stuff, or so I thought.  I then went to law school and learned that most lawyers never get to do the awesome stuff that I saw on TV.

Cut to summer 2011, and I’m in New York at the first day of my internship with the U.S. Attorney’s Office for the Southern District of New York.  I’ve mentioned this before, but I took the job on a whim.  I had no idea what being a prosecutor entailed, but the AUSAs I worked for gave me a baptism by fire.  This baptism was among the best experiences of my three years in law school.

I worked with two of the smartest people that I have ever had the pleasure of meeting.  One AUSA graduated from law school and worked at a top law firm for four years.  He then decided he wanted to become a prosecutor, so took the (often necessary) first step of clerking for a federal judge.  Immediately after starting the clerkship, he began the arduous task of applying to be a U.S. Attorney.  The timing worked out perfectly, and by the time his clerkship ended he was sworn in as an AUSA.  The second AUSA that I assisted had the highest GPA on record at her law school, clerked for a 4th Circuit Judge and then Justice Scalia (SCALIA!!!!).  The pressure was definitely high; I knew that if I could impress them, then maybe the whole “legal career” was not just wishful thinking.

On my first day, I met AUSAs and was given three memos due by the end of the week.  This task was daunting considering that first year law students have four months to create their first legal memo. The difference with these memos was that they were being used in real trials of real people who faced real loss of their liberty.  That kind of pressure lit a fire under me that a legal writing grade never could, and it was the best type of game time challenge.

The second day, I was the second chair at a hearing in an illegal reentry case in front of a Southern District of New York judge. Big stuff! It was also my first encounter with a heinous example of legal unprofessionalism; a legal aid attorney was in no mood to be cordial or cooperative, and was not going to let a little thing like the law get in the way of representing her (guilty) client.  What did I learn?  The best way to shut opposing counsel down is not by being rude or snarky; it is stopping every argument they make with correct law, strong analysis, and a smile.

I experienced much in those three months working with the USAO-SDNY, and I maintain that it was the coolest job I had while in law school.

It became evident to me that summer why prosecutors are the most likely candidates for judicial appointments.  They gain real experience in the practice of law, in terms of persuasive writing, oral arguments, and jury trials.  They have insane workloads, and still find time to give each case the attention it deserves.

During my second year of law school, Justice Sonia Sotomayor came to my school for a dialogue with the students.  One of the questions presented to her was what she thought of the Supreme Court’s composition of former prosecutors and how that background affects their rulings.

Part of her answer focused on an inherent desire to stop the bad guys, and how that desire colors their interpretation of the law.  With that statement, she solidified what I always knew: prosecutors are wearing capes today, and are a huge cog in the wheel that protects us from criminals.

I work in homeland security now, and we often have to deal directly with prosecutors, judges, and law enforcement to further our goals of public safety.  The scenarios that I have been privy to range from the mundane to the insane, and the federal and local prosecutors are in the thick of the madness.

So as you consider your career trajectory, or why you’re considering law school, think about the lawyers you see on TV and know that it’s a real option for you.  Also, check out our crime blog, with it’s analysis of FBI statistics and crime data.  When you find yourself being terrified by the danger levels of certain cities, just make sure you locate the District Attorney and U.S. Attorney’s offices and send them a fruit basket or something, because they’ve got your back.