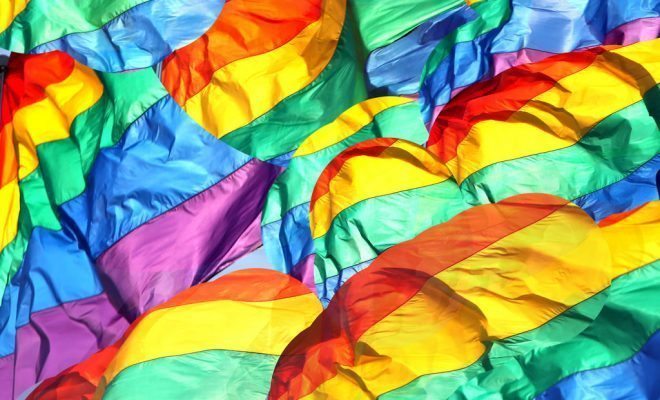 The plaintiff and lawyer were ordered to stay while the rest of the courtroom was adjourned. The judge’s clerk had noticed legal language that had gone overlooked–delaying the groundbreaking decision. After ten minutes of deliberation, the judge smiled, nodded her head up and down, and Jamie Shupe, the plaintiff, began to weep.

“The sex of Jamie Shupe is hereby changed from female to non-binary,” read Oregon Circuit Court Judge Amy Holmes Hehn’s decision. In that moment the case became first legal recognition of a non-binary gender identity in the state of Oregon, and perhaps the country, according to Shupe’s lawyer, Lake James Perriguey.

Perriguey, who has been representing the queer and trans community in Oregon since 1998, said that this is the first non-binary case to be brought before a judge in the state. But that does not mean Perriguey finds the victory to be “envelope-pushing”–a term used by the judge after the ruling was dealt. “The envelope was a little too small, and we are sort of opening it up,” said Perriguey.

Shupe was born with the biology of a male. But early on, Shupe felt like a female. For decades, nothing happened.

But in 2013, at the age of 49, Shupe took the first concrete steps toward making that inner identity an outward reality. They started hormone treatments. “Jamie” became Shupe’s legal first name, but what came before that they do not wish to share. Then in a tense legal battle with the United States Army, which they served in for 18 years, Shupe’s Army retirement papers were changed to reflect Shupe’s female identity.

“I have effectively traded my white male privilege to become one of America’s most hated minorities. The documents of my distinguished military career no longer reflect my name,” Shupe wrote in a piece for The New York Times op-ed series “Transgender Today.”

At the time Shupe lived in Pittsburgh, where trans-animus was poignant (Shupe told the Times: “I had neighbors yelling at me for being in women’s clothing”). So Shupe fled, finding refuge in Portland, a place where “nobody cares who or what you are.”

After realizing both the “female” and “male” boxes did not quite fit, Shupe embraced a non-binary identity, and Friday’s decision legally recognized that. But the fight goes on. The next step, according to Perriguey, is to secure non-binary status on legal identification forms: driver’s license, passport, state ID.

Having a judge legally recognize Shupe as non-binary should provide leverage in the fights to come. “Now Jamie has a document from a court of law,” Perriguey said. “Jamie is thrilled.”

Alec Siegel
Alec Siegel is a staff writer at Law Street Media. When he’s not working at Law Street he’s either cooking a mediocre tofu dish or enjoying a run in the woods. His passions include: gooey chocolate chips, black coffee, mountains, the Animal Kingdom in general, and John Lennon. Baklava is his achilles heel. Contact Alec at ASiegel@LawStreetMedia.com.
Share:
Related ItemsJamie ShupeLGBTQ communityLGBTQ RightsNon-binaryOregonTransgender