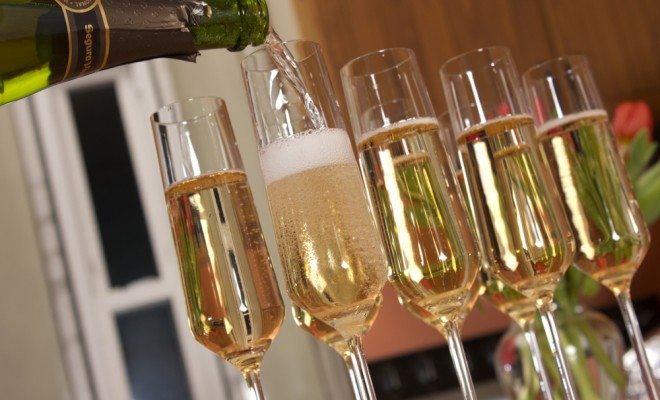 The tradition of making resolutions for a bright new year goes all the way back to the Babylonians, but the most common goals hardly ever change. You know the ones: lose weight and get fit, save more money, have a more exciting love life, etc.

Of course, by the time February 1 rolls around, those gym memberships are no longer used, your bank account isn’t looking any happier, and the closest you’ve come to meeting potential new love interests is binge-watching the last season of “Downton Abbey.”

So, how about this year, you make some resolutions that are not only easy to keep, but benefit humanity?

In 2015, millennials became the largest living generation in the U.S., surpassing the number of baby boomers. That means adults ages 18-34 make up the majority of voters for the 2016 election.

In other words, our votes DO MAKE A DIFFERENCE.

But it goes beyond voting. Becoming more involved in your local political scene is one of the best ways to start utilizing your right as an American citizen to influence the policy of this country.

You don’t have to go so far as door-knocking for your favorite candidates, but at least research the elections that are happening in your district, city, county and state. Vote not only in the general election, but in your state’s primary or caucus. Know who your representatives, senators and councilmen are, and what they stand for.

Finally, pinpoint the issues you most care about, and start supporting the candidates who represent your opinions.

2. Treat everyone equally, and demand equal treatment for yourself

If you’ve read my blogs before you know that treating everyone equally, regardless of race, gender, religion or sexual orientation, is the main definition of feminism. So, yeah, this year, resolve to embrace the title “feminist” and all that goes with it. This means no longer subscribing to gender roles dictated by society, and pointing out those antiquated gender roles when you see them in action. It means accepting everyone for their life choices, whether that means they run with a different political party, practice a different religion or come from a different country. And it means going into every conversation and debate with an open mind.

Of course, being a feminist also means you must stand up for yourself when others discriminate against you. That co-worker who is always making sexist comments? Call them out. Feel you deserved a raise but didn’t receive it? Talk to your boss. If you feel the inclination, join a rally for gender equality. Do something as small or as big as you want, and encourage others to do the same.

No, this doesn’t necessarily suggest you need to be dumping ice-cold buckets of water on your head. Instead, donate your time to an organization you care about. Donate blood at a blood drive. If you’re affluent enough, become a monthly donor to a charity.

Basically, ask yourself what causes are important to you, and start helping those causes.

In the end, make some resolutions to make the world a better place. Here’s to you and a fabulous 2016.