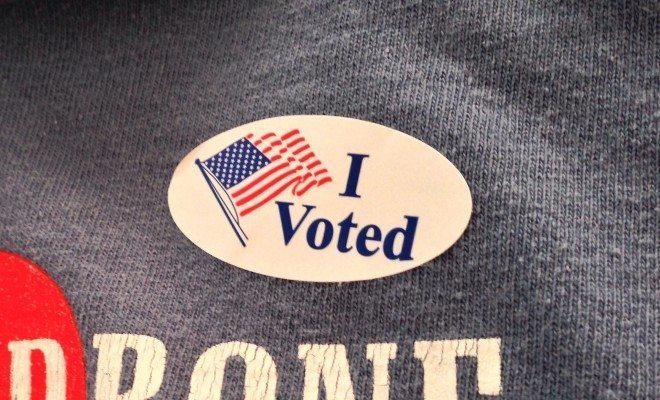 LADIES: Vote Republican and You’ll Get the D

Happy Back to School, folks!

While I was traveling around Canada last month, all of you were clearly partying up your last few weeks of summer, right? RIGHT? I hope so, because law school is now officially back in session.

And you know what that means!

You need me back in the saddle to keep you informed about all the racist, sexist, homophobic legal bullshit that’s going on! (Also, to give you lots of procrastination material. Let’s be real.)

So! Let’s talk about the Republicans and women, shall we?

This is going to be good.

Now that President Obama is getting depressingly close to being a lame duck, all the politicians are really starting to get antsy about the 2016 election. Candidates are being tapped, strategies are being thought out, and groundwork is being laid to win over the decisive voting blocs.

For the Republicans, a key point of concern is the Beyoncé Voters. All the single ladies — and even plenty of the not-so-single ladies — are seriously skeptical of conservatives these days. According to a recent GOP report leaked by Politico, 49 percent of women hold a negative view of the Republican Party. It bluntly reported that women believe Republican policies to be misaligned with their own priorities and to be lacking in compassion and understanding.

As a result, the ladies are taking their votes elsewhere. And for good reason. Women aren’t wrong when they say that conservative politicians aren’t acting in their best interest. Republican policies advocate restricted access to birth control, virtually no access to safe abortion services, the continued entrenchment of rape culture and domestic violence, as well as a hearty LOL at equal pay.

So nope — we’re not voting for policies that take away our bodily autonomy, restrict our access to safe and affordable healthcare, leave us vulnerable to violence, and also make us poorer.

Goodness, what a mystery that more of us aren’t voting for you, conserva-turds!

Well, apparently, Republicans have solved the mystery, and are rolling out a new initiative to win the vaginal vote in 2016.

Are you ready for it?

They’re going to calmly explain to us little ladies that we’ve been mistaken this whole time — the Republican Party really is acting in our best interest — and now that we’ve cleared that whole mess up, won’t you please vote for us, darlin’?

The big, awesome, Republican strategy is to tell women that they know us better than we know ourselves, expect us to laugh good naturedly at our silly, womanly inability to understand the complex, crazy world of politics, and agreeably hand over our votes, glad to have been educated about our own feminine ineptitude.

What exactly will this episode of mansplaining look like? Republicans are going to attack the Democratic claim that their policies are unfair to women — without interrogating or changing those policies, mind you — and every time abortion comes up, they’ll change the subject as quickly as possible.

Conservatives seem to genuinely think this is a good plan.

R.R. Reno, an editor for the conservative journal First Things, wrote a completely serious, non-satirical essay about just how this plan would work in practice.

In it, he creates a fictional woman to use as an example of all the women who are mistakenly eschewing Republican policies. She’s a single, 35-year-old consultant, living in the suburbs of Chicago, “who thinks of herself as vulnerable and votes for enhanced social programs designed to protect against the dangers and uncertainties of life.”

Translation: She’s a misinformed damsel in distress who presumably owns about 12 cats.

Apparently, this woman is in favor of social safety net-type Democratic policies — not because she believes that all people should have access to a baseline quality of life — but because she has no man to provide for her, which is clearly TERRIFYING. She dislikes Republican policies that take away her bodily autonomy and expect her to lead a traditional life of wife and motherhood NOT because they’re sexist and terrible and render her, legally, as a quasi-human/permanent child, but because “she wants to get married and feels vulnerable because she isn’t and vulnerable because she’s not confident she can.”

So basically, all the women who aren’t voting Republican are in serious need of the D. And according to Reno, conservatives can and will deliver it.

He goes on to theorize that our fictitious cat lady should support Republican policies because a pro-marriage culture will increase her likelihood of getting married, therefore increasing her overall happiness. All we have to do is explain that to her! And then she’ll vote for us! Yay! Problem solved!

What Reno, and his conservative compatriots, fail to realize, is that women aren’t voting Democrat because of their inability to legally bind themselves to a penis.

We’re voting Democrat because we want to have control over our own bodies, our own reproductive systems, and our own lives. We want to be able to support ourselves. We want to lead lives that aren’t wracked with violence.

Also, they’re clearly forgetting that some of us don’t even like the D. (Fellow clam divers, I see you.)

So, Republicans, I totally applaud your strategy for locking down the vaginal vote in 2016. It’s a really great idea.

Because you’re buying Hillary a one-way ticket to the Oval Office.

Hannah R. Winsten
Hannah R. Winsten is a freelance copywriter, marketing consultant, and blogger living in New York’s sixth borough. She hates tweeting but does it anyway. She aspires to be the next Rachel Maddow. Contact Hannah at staff@LawStreetMedia.com.
Share:
Related ItemsAbortionAffordable Health CareBack to SchoolBirth ControlConservativesConservativismElection 2016FeminismGOPHealthcareHillary ClintonRepublicansRight WingSexismWomen