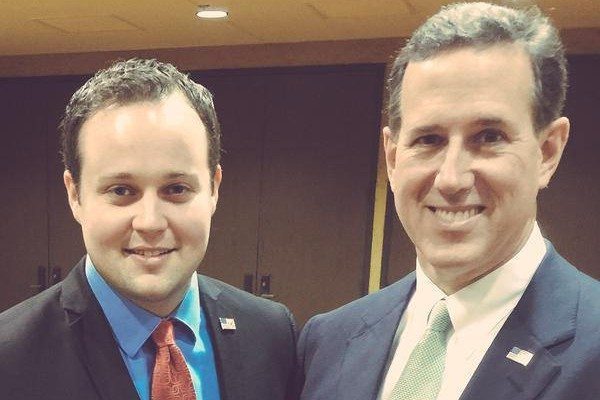 Josh Duggar is Not an Exception: On Rape Culture in the U.S.

In 2006, the criminal justice system helped Josh Duggar’s family expunge his record of abuse and protected him from being exposed in media reports as someone who had “forcibly fondled” younger girls (a.k.a. molested children).

Every day–then, now–the criminal justice system targets people of color–especially women and trans people of color–for abuse and shootings (a.k.a. public executions for walking while Black or Latina).

And yet we continue to use pictures of him in suits instead of finding pictures that try to reflect him negatively (see featured photo), like the mainstream media insists on doing with young people of color slaughtered by cops.

When Black young men are murdered by cops, they are cast as “thugs.” When a young white man is accused of child abuse, he retains his status as ‘poor cult victim.’

This serves both racist and misogynist ends: white perpetrators remain victims, and his misogyny is cast as an exception (caused by his cultish family).

Duggar is an embodiment of rich white cis male non-dis/abled privilege, and while the control his family exerts over him is indeed frightening, their misogyny is not an exception.

The Duggars may be particularly explicit in the ways they preach and practice misogyny, but what pieces focusing on the cultish aspects of the Duggars that facilitated the abuse miss is that every person in this country–every. single. person.–is raised to hate women. The Duggars may be more explicit than most, but they are not alone: Josh Duggar’s apparent belief that women and girls exist for male pleasure is the same belief that we are all raised with.

The fact that the Duggars isolated their children so much that they didn’t have a TV misses the point: all of us with TV, too, receive the same message–in a heteropatriarchal society like this one, women are disposable.

Because rape culture is not isolated to “cults.” It is everywhere.

Because women–especially women of color–are disproportionately targeted by the same criminal justice system that protected Duggar when the first police report was issued against him.

Because living in a heteropatriarchal society makes us much more vulnerable to debilitating mental health issues.

Because “strong women” in the mainstream media is still the only trope we’re allowed to hope for.

Because the kind of misogyny that the media ascribes to the cult of the Duggars is the same kind of misogyny that we are exposed to every single time we turn on the television, interact with men in the street, or are educated in a public school system that still focuses on “great” [read: genocidal] white men and does not teach consent as the golden rule in health classes (a.k.a. teach rape culture to all students).

Because we can condemn–or pity–Josh Duggar as much as we’d like.

But ultimately, we must recognize that his privileged positions and entitled, abusive actions are the rule, not the exception.

Jennifer Polish
Jennifer Polish is an English PhD student at the CUNY Graduate Center in NYC, where she studies non/human animals and the racialization of dis/ability in young adult literature. When she’s not yelling at the computer because Netflix is loading too slowly, she is editing her novel, doing activist-y things, running, or giving the computer a break and yelling at books instead. Contact Jennifer at staff@LawStreetMedia.com.
Share:
Related Items19 Kids and CountingChild AbuseCrime in AmericaCriminal Justice SystemEducationFeminismJosh DuggarMisogynyPolicePoliticsRacismRapeRape CultureSexismSexual AssaultTLCWomen