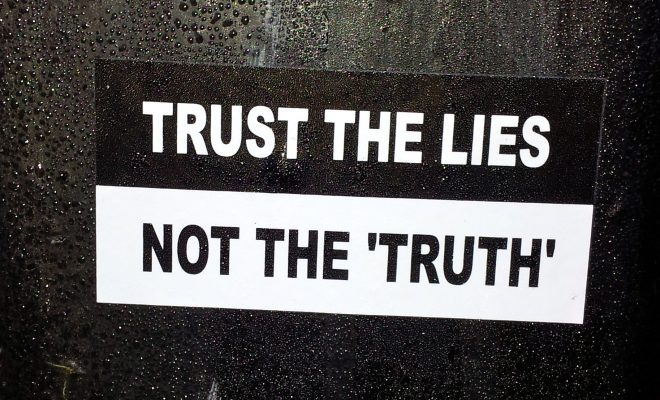 The Internet’s Fight Against Fake News

On February 8, Wikipedia editors unanimously voted to ban The Daily Mail from being used as a factual reference in their articles. The editors stated that the tabloid has a “reputation for poor fact checking and sensationalism” and is “generally unreliable.”

The ban comes at a time when the credibility of online sources is under heavy scrutiny. However, in the age of “alternative facts” and “fake news,” it’s hotly contested what constitutes credibility.

While misinformation ought to be combated, it is unclear who should lead the fight. In response to widespread concern over the reliability of internet sources, numerous organizations have announced plans aimed at curbing the proliferation of misinformation.

Having previously denied any editorial responsibility over what is shared through their respective sites, Google and Facebook have since announced efforts to prevent the spread of false stories. Both of the internet giants have promised to ban sites found guilty of publishing false stories from using their ad services.

Facebook is piloting a program that would allow users to report stories they believe to be fake, and has also announced plans to team up with major media outlets to fact check circulating stories. Meanwhile, the BBC has established a team whose mission is to “cut through the spin and concentrate on the facts.”

The degree to which these measures will reduce the spread of falsities remains to be seen. However, it is likely some corners of the internet will cry foul regardless of the outcome.

The term “fake news” lost meaning as quickly as it entered the public lexicon. At first, “fake news” meant exactly what it sounds like it means. The likes of President Trump and his followers have since co-opted the term to refer to any news outlet or piece that does not confirm their biases.

While Trump is an extreme example of someone stuck in an echo chamber, many are guilty of mistaking “credibility” with “agreeability.” Before tackling the issue of credibility, there must be some sort of consensus on what it means to be credible. We as a society must also be careful of who we allow to lead this discussion.

The internet is at an ethical impasse. The spread of misinformation is undoubtedly dangerous. Nevertheless, trusting organizations like Facebook and Google to decide what constitutes fact could be a mistake. No matter how good their intentions may seem, Facebook and Google are entities with their own independent agendas.

An outlet does not necessarily need to lie in order to misinform or to craft a narrative bias. Selecting truths can be just as damaging as spreading lies. How can we trust that these newly implemented editorial policies aimed at stemming lies won’t later be used to curate truths? In fighting misinformation, it is important that we do not carelessly privilege the ability to define and police “credibility.”

Callum Cleary
Callum is an editorial intern at Law Street. He is from Portland OR by way of the United Kingdom. He is a senior at American University double majoring in International Studies and Philosophy with a focus on social justice in Latin America. Contact Callum at Staff@LawStreetMedia.com.
Share:
Related ItemsAlternative FactsCredibilitydaily mailDonald TrumpFacebookFake NewsWikipedia