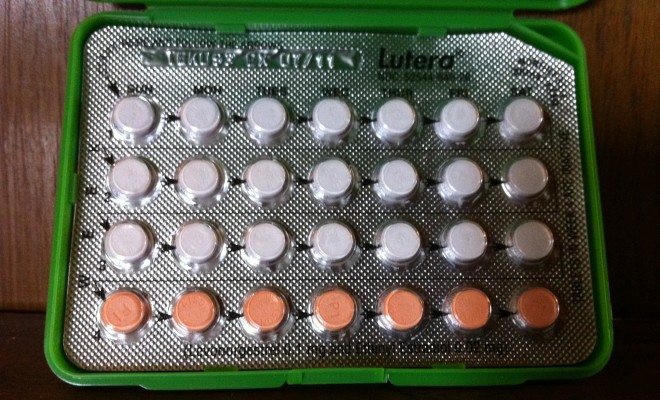 This is going to be one hell of a year — and it’s already kicked off with a bang. Not a fun, happy, feminist bang, but a bang nonetheless.

During her final moments of 2013, Supreme Court Justice Sonia Sotomayor signed a temporary stay on the enforcement of the contraceptive coverage requirements in the Affordable Care Act. What does that mean? Basically, she just made it that much harder for women across the country to access birth control.

Not your finest moment, Justice Sotomayor. Courtesy of the Collection of the Supreme Court of the United States, Steve Petteway source via Wikipedia.

Here’s how it went down. As of December 30, 2013, the Affordable Care Act requires employer-sponsored health insurance to cover birth control. So, basically, if you get health insurance on your day job’s dime, you legally cannot be prevented from using it to snag some birth control pills. Awesome.

But! As always, some folks were pretty pissed off about this. Namely, Christian folks. A whole slew of Christian-values nonprofits and businesses objected to this piece of the ACA, claiming it infringed on their religious freedom. The logic here, is that if Christian values include not supporting contraception or abortion, a Christian employer shouldn’t have to subsidize those services for its employees.

Fair enough, churchgoers. The government can’t force you to support — financially or otherwise — actions that are forbidden by your religion. That’s what religious freedom is all about, right? Getting to practice your faith freely, without anyone telling you it’s not allowed?

And this is where things get tricky. While Christian organizations have a fair point — being legally forced to subsidize contraception if they’re religiously opposed to it is majorly problematic — they’re also forgetting the other side of the coin. They’re right in asserting that they can’t be forced to do anything that interferes with their religious beliefs, but they can’t, in turn, force their religious beliefs on anyone else.

Absolutely not. Now you’re infringing on their religious freedom.

And here lies the central problem. Forcing Christian businesses to pay for contraceptive coverage might be infringing on their religious freedom — but allowing them to not pay for it might infringe on workers’ religious freedom.

But! As per a compromise cooked up by the Department of Health and Human Services, there seemed to be a solution. Under this plan, Christian companies and nonprofits had to sign a form stating their religious affiliation, and instead of paying for contraceptive coverage themselves, the insurers paid for it, and were reimbursed.

Awesome! Way to use your problem solving skills, people. This way, religiously opposed employers don’t have to pay for contraception, but employees can still access those services if they choose.

But, this wasn’t good enough for many a Christian employer. Signing a form was, apparently, too much to ask. So lawsuits poured in. And Justice Sotomayor was sympathetic.

So, with the hourglass running down on 2013, she signed a mandate preventing this piece of the law being enforced. What does that mean? Religious employers can deny workers contraceptive coverage. For folks working at Christian institutions, birth control will only be an option if they can afford to pay a whole ton of money out of pocket. Which really means, birth control won’t be an option at all.

The Obama administration has until tomorrow to respond. From there, we’ll all just have to wait around for the Supreme Court to make a final decision sometime this summer, after it’s had a chance to sift through all of the case filings. And, mind you, things aren’t looking too good on that front, considering this problem was brought about by one of the most feministy of Justices. If Sotomayor is making it hard for women to access birth control, who the fuck is going to make it any easier?

The tricky business of religious freedom has been a constant roadblock for women and feminism. What do you think about this latest Obamacare battle?