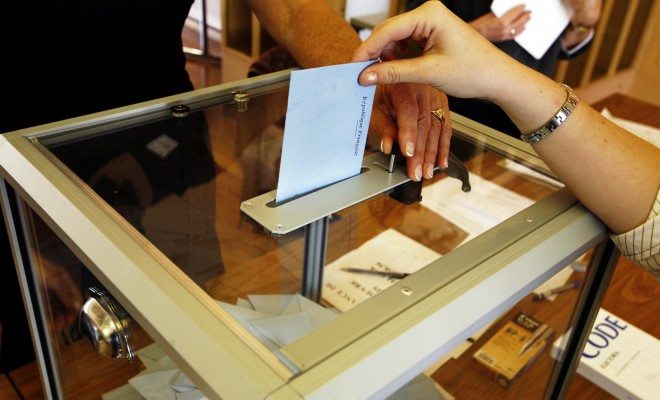 The effect of crime on society is often — and justifiably so — more victim-focused than offender-focused. We tend to think of someone breaking the law as an affront to society at large. That’s why in some states criminal cases are titled “The People v. ______.” To be sure, in many ways our criminal justice system is retributive. We are meant to feel some form of solace when someone is punished for offending the morals and values of society in the form of breaking the law. But I ask, when has our justice system gone too far? When do the  consequences on the offender far outstrip the damage that person did to society?

Felony disenfranchisement is a so-called collateral consequence — the impediments to normal life and reintegration convicted persons suffer beyond their actual sentence of incarceration or supervision — and is often seen as part-and-parcel of our criminal justice system. While some may feel having been incarcerated is enough for an individual to pay their debt to society, still many others think that when you choose to break the law, you do so with the implicit acknowledgement that because you have deviated from the norms of our culture, you must take all the bad that comes from that deviation. A cold look at the facts, particularly in the area of felons who have been released from their conditions of custody being permanently denied their fundamental right to vote, might convince some to change their minds.

The Sentencing Project estimates that about 5.8 million Americans are denied their right to vote due to laws that prohibit voting by convicted felons. As a matter of perspective, that’s like the entire population of the State of Wisconsin not being allowed to vote.

The disparate impact these laws have on minority communities is quite telling. These draconian laws lead to 1 in every 13 African Americans not being able to vote due to felony conviction. According to Attorney General Eric Holder’s recent statements on this issue at Georgetown University Law Center, 1 in 10 people in the state of Florida may no longer vote due to its laws restricting felony voting. Did I mention that 38 percent of those nearly six million Americans are Black? The Attorney General is now leading the charge to help push policy reform in this area, and for that he should be applauded. In his own words:

“These restrictions are not only unnecessary and unjust, they are also counterproductive”

I would venture to add that these laws are not only counterproductive, but oppressive. In a nation that considers voting so fundamental to the democratic process that  we have an entire amendment to the Constitution dedicated to it, one might think these laws would have been struck down by now. Alas, the Supreme Court in Richardon v. Ramirez, 418 U.S. 24 (1974) upheld the California law disenfranchising felons by pointing to the lesser known section 2 of the 14th amendment which states:

“But when the right to vote at any election for the choice of electors for President and Vice President of the United States, Representatives in Congress, the Executive and Judicial officers of a State, or the members of the Legislature thereof, is denied to any of the male inhabitants of such State, being twenty-one years of age, and citizens of the United States, or in any way abridged, except for participation in rebellion, or other crime . . . .”

That last line, according to both the text of the Constitution and the debate history around the provision, allows states to prevent certain classes of convicted individuals from voting.

Yet more important than the historical practice of disenfranchising those convicted of a crime is the modern impact of the practice today. What does it say about a system that prides itself on the democratic process that nearly 6 million American are essentially left out in the cold? Sure, they could lobby their respective state legislatures to get these laws repealed, but they don’t have access to the most potent form of lobbying imaginable: the ability to disapprove of a legislator with one’s ballot. They must do indirectly what the rest of us can do directly.

We must ask ourselves what goals are being advanced withholding the ballot from millions of citizens. Is disenfranchisement really the deterrent to crime some hope it to be, or is it just another major impediment to the reintegration of people who should have already “paid their debt to society.”

Without a doubt, crime is crime is crime, and those who commit crime should be punished. It is not the fact of punishment but rather the nature and extent that motivates this analysis. Must we continue to isolate individuals from our society even after they have been released from confinement? When will it ever end?

Felony disenfranchisement is just one more badge on the permanent underclass our society is creating with many of its criminal laws. It’s time we move forward.

Dominic Jones (@DomPerinyon) is originally from Atlantic City, NJ. He attended Morehouse College in Atlanta, Ga. followed by law school at the Washington College of Law at American University in Washington, DC. In his spare time he enjoys art, photography, and documentary films.