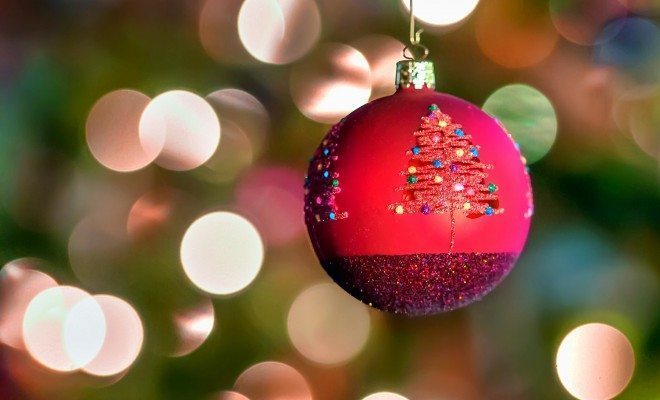 How to Deal With Family and Politics During the Holidays

And for many, we are not looking forward to having the inevitable discussions about politics with the set-in-their-ways relatives whose views differ so completely from ours.

While we’d like life to be like the Thanksgiving SNL skit where all disputes are solved by playing a little Adele, sadly the the melancholy tones of “Hello” will not stop your aunt or your grandfather or your young cousin who doesn’t know any better from questioning your political views, or even your way of life.

To help you out, here is a list of issues that might come up, and how you can keep from pulling your hair out. Deep breaths, you can get through this. Though, breaking out into song may be necessary.

A hot-button topic on the campaign trail and in the news is, of course, the Syrian refugee crisis and its connection to ISIS. These might be subjects you would like to avoid with your grandmother who says vaguely racist things on a daily basis, but what if they come up?

First and foremost, remain calm. This goes for any touchy conversation. It is probably the easiest to get angry with our own family members, but nobody ever changed their opinions after being yelled at to stop their racist bullshit.

Facts are your friend, in this case, so point out the facts. There are millions of U.S. residents who identify as Muslim, but there isn’t an exact number because census data doesn’t record religious affiliations. Do you know why? Because U.S. citizens are supposed to be free from religious persecution. “Supposed to be” being the key phrase, here. Furthermore, ISIS wants the western world to be afraid of Muslims, and it wants people to misunderstand Islam so the Muslim population will subscribe to ISIS’ extremist views. Luckily, despite misconceptions perpetrated by conservatives and the media, the millions of Muslims who live, work and protect America are not extremists.

It is a truth universally acknowledged that men and women deal with societal expectations based on gender. The stereotypical “having it all” for girls means finding a husband, landing a great job, and having a few children. For guys, it means making enough money to easily and happily support their spouse and 2.5 children. Maybe throw in a golden retriever for bonus points.

But the reality is that not everyone wants what society expects. While your parents and grandparents may have fit into that model, an exceeding number of young professionals do not. Maybe you’re a woman who does not want marriage or children, but has instead decided to focus on her career. Maybe you’re a man who has decided to be a stay-at-home dad while your common-law wife works a 9-to-5. Whatever your life choices, the best thing you can do when you receive passive aggressive comments about them is not to apologize.

You don’t need to make excuses or explain your way of life. When someone says, “your biological clock is ticking” or “you’d better settle down with a man before all the good ones are taken!” call out those comments for what they are: judgmental and outdated. Nobody needs to conform to sexist gender roles to feel fulfilled. Do what makes you happy and don’t say sorry. *Cues happy dancing*

Don’t forget to pack your rainbow flag before heading home so you can wave it in the faces of all your homophobic relatives! It is sure to be both entertaining and effective.

In all seriousness, most peoples’ homophobia stems from religious beliefs. So, if anyone complains about the historical decision to legalize same-sex marriage, you can ask them for a reason LGBT people should not be allowed to marry–outside of religious excuses. If they cannot give any legitimate reasons (and let’s face it, there really aren’t any), just remind them that we are a nation of many religions, and not everyone agrees with Christian ideals. Then wave aforementioned rainbow flag.

If you are one of the thousands of 20-somethings who suffer from student loan debt, you’ve heard yourself referred to as an “ungrateful millennial” more than once this year. The generations that came before worked their way through college, after all, so why are we complaining about paying back that money? Why do we all want free handouts?

You can remind whichever relative brings it up that, in 1979, the minimum wage was $2.90 and students could easily pay for a year of school (public schools were around the $3,000 price tag) by working a job over the summer. Today’s minimum wage is $7.25, and that $4.35 bump per hour doesn’t really cover the difference in tuition costs, which now leave students with an average of $30,000 in debt. And that’s just undergrad.

Show them the math, and then tell them about how much you have to pay back on your loans every month. That amount, plus rent, insurance bills, and various other expenses like car loans and gas money, don’t leave a lot of expendable income for young graduates trying to break into their respective industry. And that lack of money probably has something to do with many young people putting off other big ticket items in their lives: settling down, buying a house, having kids, etc.

Remember, the greatest tools in your arsenal are facts and a calm demeanor. Keep an open mind, and if all else fails, stop talking and stuff your face with sugar cookies.

Morgan McMurray
Morgan McMurray is an editor and gender equality blogger based in Seattle, Washington. A 2013 graduate of Iowa State University, she has a Bachelor of Arts in English, Journalism, and International Studies. She spends her free time writing, reading, teaching dance classes, and binge-watching Netflix. Contact Morgan at staff@LawStreetMedia.com.
Share:
Related ItemsFamilyHolidaysHomophobiaIslamophobiaMillennialsPoliticsRacismSexismStudent Loans