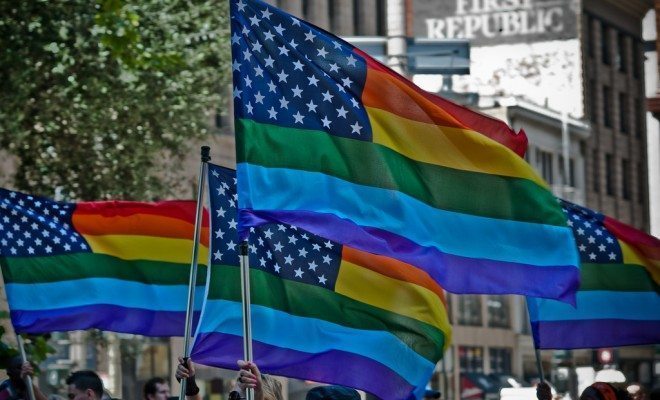 I am currently arching one eyebrow–judging hard–at the fondness we seem to have for localizing national problems in Midwestern states. Observe: homophobia, we locate in Indiana with #BoycottIndiana, almost as though it is the only place with queerphobic laws. Racism and police violence, we locate in Ferguson, as though this city in Missouri itself embodies racism across the country. Even Colorlines.com, an excellent source for intersectional news about structural racism in the U.S., has a separate tab for “Ferguson” on its site. Many tweets hashtag the names of several Black men who were brutalized by cops (or cop stand-ins, in the case of Trayvon Martin), but the only location identified is #Ferguson. No #StatenIsland or #NewYorkCity (where Eric Garner was strangled to death) or #LosAngeles (where Rodney King was savagely beaten by cops in 1991).

Focusing on individuals rather than identifying larger trends (like city-wide implementation of racist stop-and-frisk policies, or nationwide and international waging of a racist “war on drugs”), this place-based use of hashtags allows us to displace racist violence into conveniently “conservative,” Midwestern states like Missouri and Indiana.

This is similar to the trend in films such as “Boys Don’t Cry” and “Brokeback Mountain,” which portray violent homophobia and transphobia as individual acts of hatred rather than structural realities. They also position these acts as being located primarily in rural locations like Falls City, Nebraska and the mountains of Wyoming.

While I was born and raised a city girl, I know (because I have friends, I’ve dated different folks, and I read things like this and this) that vibrant queer cultures exist in rural spaces, and, though I navigate the streets of New York City with the privileges of being white, I know that racist, queerphobic violence is inflicted vis a vis laws and police batons in city centers every day.

[R]ural gay youth teach [urbanites]:
1. Identities are a process of collective action, not a condition waiting for discovery
2. Multiple visibility strategies in play
3. We need to stop moralizing about who does queerness right.

When we erase these kinds of perspectives by asserting that coastal urbanity is the only site of vibrant queer cultures, all it does is romanticize queerness in cities and propagates violence to fellow queers who are from rural areas and/or from Midwestern and southern cities.

And speaking of violence…

Using Ferguson to represent racism and Indiana to represent homophobia risk erasing the massive violences inflicted on queer people of color (as well as white queers and non-queer people of color) that occur in everyday life in cities. Frighteningly, it may well be precisely this erasure that makes #BoycottIndiana and #Ferguson so popular: if we blame individual conservatism and “backward” rural cultures, then we do not have to do the hard labor of dismantling the structural white supremacy and anti-queerness upon which this country–including its cities–operates.

(Looking for more than what I can explain with my limited perspective? Try renting Scott Herring’s Another Country: Queer’s Anti-Urbanism from the library, or read the introduction online here.)

Jennifer Polish
Jennifer Polish is an English PhD student at the CUNY Graduate Center in NYC, where she studies non/human animals and the racialization of dis/ability in young adult literature. When she’s not yelling at the computer because Netflix is loading too slowly, she is editing her novel, doing activist-y things, running, or giving the computer a break and yelling at books instead. Contact Jennifer at staff@LawStreetMedia.com.
Share:
Related Items#boycottindianaBoys Don't CryBrokeback MountainFergusonHomophobiaLGBTLGBT DiscriminationLGBTQPolice ViolenceQueer Anti-UrbanismRacismRegionalismRural America