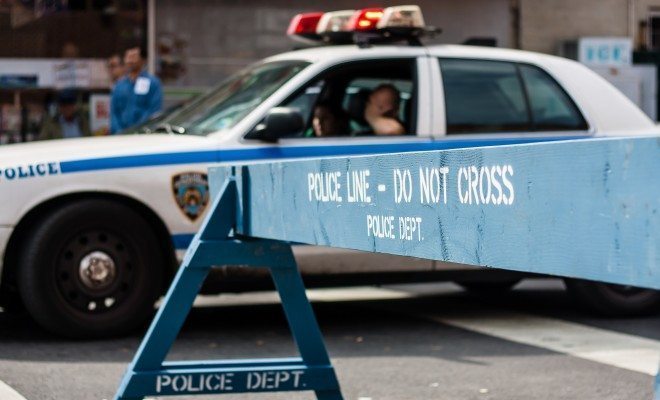 The Boston Police Shooting of Usaama Rahim: Protection or Victimization?

A man who was under terror surveillance in Boston was shot and killed by a police officer and an FBI agent earlier this afternoon. This man was a part of a broader terrorism investigation involving suspected Islamist extremists. This man was identified as Usaama Rahim by a spokesperson for the Council of American-Islamic Relations.

The justification for the officials’ actions resulting in this man’s death focuses on their perceptions that Rahim was a threat to public safety, since he allegedly wielded a large, black knife at the time of the incident. According to CNN, Rahim was asked numerous times to drop his weapon but because he refused to do so both the police officer and FBI agent opened fire.

Police Commissioner William Evans claimed that “he came at the officers and, you know, they do what they were trained to do and, unfortunately, they had to take a life.”

This statement begs the question, both to Evans and to police departments everywhere, what type of situation justifies any police officers actions’ that result in the death of a man who hasn’t been proven guilty? This man was under terror surveillance, but considering the United States’ disputable track record on finding evidence regarding terrorist efforts, these actions could still be unconstitutional.

The Model Penal Code is normally used to guide the actions of police officers in assessing whether or not resorting to deadly force is the appropriate response in dangerous circumstances. According to the code, officers should only use force when the action will not endanger innocent bystanders, the suspect used deadly force in committing the crime, or the officers believe a delay in the arrest may harm other people. Deadly force is considered acceptable when it is believed to be the only solution to resolving a dangerous situation that could harm innocent bystanders.

In this particular shooting, killing Rahim could be justified by the police because he was wielding a large, black knife, forcing the officers to open fire. But is waving a knife, with no hostages and no bystanders in the immediate vicinity, a valid enough rationale to take someone’s life? Commissioner Evans claimed that Rahim came “within the proximity” for the officers to use deadly force. But what distance is considered within the proximity to kill? These are all questions that demand answers.

In addition to these questionable circumstances, Rahim was a suspected Islamic extremist under terror surveillance. The FBI agent who participated in the shooting was surely aware of this fact, but the same cannot be said for the Boston police officer. Rahim’s identity as a Muslim cannot be ignored when evaluating the police officer and FBI agent’s justifications for their actions. The lethal combination of Rahim’s Muslim faith and questionable terrorist ties could easily work in the police department’s favor. At the time of his death, Rahim had not been convicted of any terrorist actions, so his death at the hands of Boston and federal officials should not be considered constitutional.

Racial or ethnic profiling may have been a factor in this shooting as well. It is also noteworthy that this case occurred just over two years after the Boston Bombing, which has had a lasting (and justified) impact on perceptions of terrorist attacks throughout the U.S. Although news sources have not yet revealed why Rahim was under surveillance, a mere suspicion that he was involved with terrorist activity does not legitimize his death.

One of the most prevalent issues in holding the police officer and FBI agent accountable in this situation is the complex relationship between the police department and judicial court system. In the 1930 Iowa case of Klinkel v. Saddler, a sheriff faced a lawsuit because he had killed a misdemeanor suspect during an arrest. His defense was that he had used deadly force “to defend himself.” The court ruled in his favor. This case set precedent for lax rulings in favor of police officers, despite the officer’s controversial actions.

This storyline coincides with other court cases of police officers claiming self defense after having killed a subject of an arrest, such as Tamir Rice and Michael Brown. All of these incidents speak to the larger problem of police officers abusing their position of authority and power at the expense of civilians.

Police departments need to undergo reformation, especially regarding their veracious use of deadly force. Regardless of whether or not Rahim was guilty of the things he was suspected of doing, there were presumably ways to detain him without taking his life. Whether it be using a gun, rough rides, or chokeholds, police departments must develop new tactics that put deadly force at the bottom of the totem pole, thereby protecting citizens instead of victimizing them.