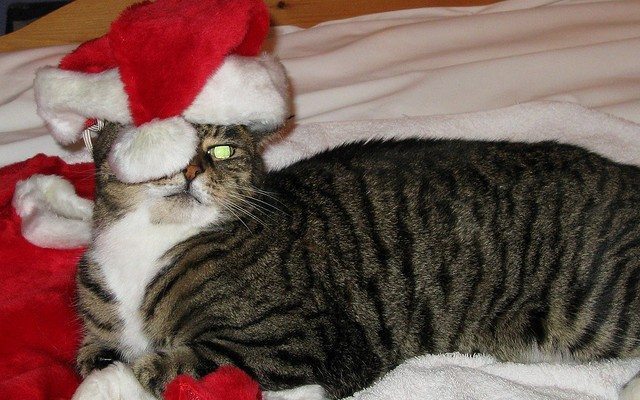 All I Want For Christmas: Stop Telling Rape Victims to Get Over it

Salon reported today, via Raw Story and NBC News, on Rachel Bradshaw-Bean, a young woman from Texas who was raped in the band room at Henderson High School back in 2010, when she was just 17 years old. This is the first time Rachel has spoken out to the media about her experience – and she’s telling an awful story.

In an interview with NBC, Rachel recounted how in 2010, when she initially reported the rape, her school told her to “work it out.”

Are you kidding? Go kiss and make up with your rapist, sweetheart, no big deal.

News of the assault traveled to a school vice principal the following day, and Rachel was sent to a health clinic for examination. The clinic confirmed that her injuries were consistent with her report.

Despite the fact that medical professionals confirmed Rachel had experienced a rape, the Texas police informed her and her parents that no charges would be filed.

NO CHARGES WOULD BE FILED.

As in, you got raped, darling, but no one really cares. Get over it.

WTF?! This is the actual worst.

Except it’s not! Because things got worse for Rachel. Her high school opted not to carry out its own, independent investigation — which is required by law under Title IX. Instead, they decided to ship Rachel and her attacker off to a disciplinary school for 45 days with charges of “public lewdness.”

That’s right. Public fucking lewdness. How dare you get raped — how indecent of you!

So, Rachel’s mom tried to transfer her daughter to a different school. You know, where maybe she wouldn’t get treated like a criminal as punishment for being the victim of a sexual assault. And guess what? That didn’t pan out. Since Rachel was technically suspended from her original school, no other school would take her in. Ridiculous.

So, Rachel and her family went to the ACLU, where they were told that, sadly, their situation was far from unusual. According to the ACLU, school officials often don’t understand the laws, so they don’t put much stock in following them.

The Department of Education does, though. A year after Rachel’s ordeal, it ruled that Henderson High School had violated Title IX by failing to investigate the attack, and by retaliating against the victim with her exile to a disciplinary school. As a result, the school was given a 13-point plan for Title IX compliance, mandatory staff training around rape and sexual assault, and was ordered to pay for Rachel’s counseling.

I’m glad that at least there were some consequences for this shit hole of a case.

There are so many issues here. Let’s start with the fundamental lack of empathy or concern for Rachel. WTF. This is misogyny at its finest. Misogyny, if you’re rusty on your Women’s Studies vocab, is defined as having a hatred for women. And that’s all I can really explain this as. Hatred of women. Because how else do you understand such heartless behavior? Here’s a person who was violently attacked. She’s in physical pain, she’s mentally and emotionally traumatized — this is a terrible thing that’s happened. People should respond with some empathy, am I right? There should be a collective desire to help the victim heal, and to teach the perpetrator never to cause this type of harm again.

That’s what should have happened. But it didn’t. Instead, Rachel was treated with carelessness at best and outright contempt at worst. Why would you treat a victim that way? It’s disgusting.

Moving right along, let’s tackle this issue of telling women to get over it. I’m so, so, so very sick of this sentiment. And I hear it way too often.

When someone is hurting, and they’re told to get over it, do you know what they’re hearing? They’re hearing that they don’t matter. That their feelings, and experiences, and their pain doesn’t matter. They’re being dismissed, denied, and ignored. And when that happens, a fundamental lack of trust forms in the space where healing should have started. Because, how do you feel safe in a world where you fundamentally don’t matter?

That’s where we’re at right now, people. And we’ve been here for a long time. Every time a woman like Rachel gets brushed aside, women everywhere are being reminded that we don’t matter. Not really. Not in this moment, not in this society.

So, for Christmas, let’s change that, shall we? Let’s use all those warm, fuzzy feelings of love and goodwill, and let’s start transferring them to all the people who need it most. Some of those people will be like Rachel. And some of them will be in totally different, but equally awful, circumstances.

Either way, let’s spread the love this year. We could all use a little extra.

Featured image courtesy of [The Untrained Eye via Flickr]

Hannah R. Winsten
Hannah R. Winsten is a freelance copywriter, marketing consultant, and blogger living in New York’s sixth borough. She hates tweeting but does it anyway. She aspires to be the next Rachel Maddow. Contact Hannah at staff@LawStreetMedia.com.
Share:
Related ItemsFeminismHigh SchoolMisogynyRapeRape CultureRape ShamingSexismSexual AssaultTeenagersTexasVictim BlamingWar on WomenWomen