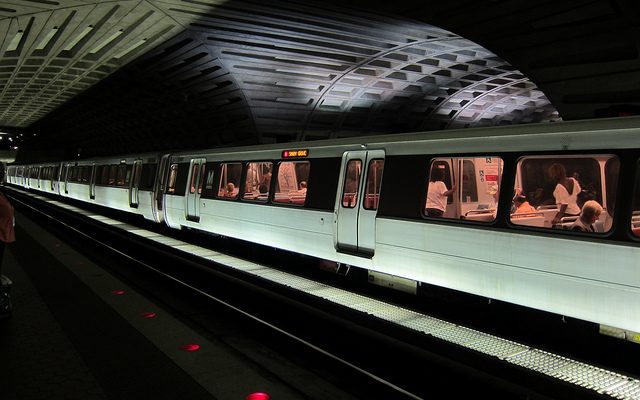 The Department of Justice announced Wednesday that a D.C. Metro Transit Police Department (MTPD) officer has been arrested on suspicion of supporting the terror network ISIS. This is the first case of a U.S. law enforcement officer facing terrorism charges. Here’s what we know:

The officer’s name is Nicholas Young, and he is a 36-year-old man from Fairfax, Virginia. Young has been a MTPD officer since 2003, and has been under surveillance for suspected ties to terrorism for six years.

What Did He Do?

Young is accused of allegedly purchasing nearly $250 worth of gift cards that were intended for ISIS in order to purchase mobile messaging accounts to recruit others to join the terrorist organization.

He is also accused of making vague threats to kill FBI agents and informants or bring guns into federal court, according to a criminal complaint obtained by the Washington Post. The paper writes, “Young allegedly threatened to kidnap and torture an agent who interviewed him, and leave the head of anyone who betrayed him in a cinder block at the bottom of a Virginia lake.”

How Long Has He Been on the FBI’s Radar?

According to the DOJ’s statements, Young has been on the FBI’s radar since 2010. Here is a rough timeline of his encounters with the FBI:

According to authorities, there was never any credible or specific threat to the Metro system. MTPD officials initiated this investigation and have been working closely with the FBI throughout the case. Metro Transit Police Chief Ron Pavlik said in a statement.

This investigation began with concerns that were reported by the Metro Transit Police Department, and it reinforces that, as citizens, we all have a duty to report suspicious activity whenever and wherever it occurs.

Young was terminated from the MTPD Wednesday morning after his arrest.

Alexis Evans
Alexis Evans is an Assistant Editor at Law Street and a Buckeye State native. She has a Bachelor’s Degree in Journalism and a minor in Business from Ohio University. Contact Alexis at aevans@LawStreetMedia.com.
Share:
Related ItemsCriminal Law NewsDOJISISMetroTerrorWashington D.C.