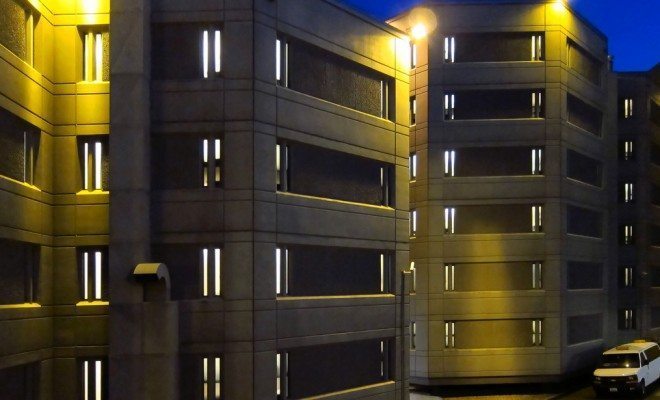 Fewer Federal Inmates for the First Time in Decades

The number of prisoners under federal jurisdiction decreased for the first time since 1980, according to a recent report from the Bureau of Justice Statistics. Attorney General Eric Holder praised the new statistics Tuesday and announced that an even larger decline, as many as 10,000 prisoners, is projected to come over the next two years. Holder’s speech, a keynote address to the New York University School of Law, took place just two days before he announced his resignation, highlighting one of the largest achievements during his tenure as the nation’s top prosecutor.

According to the Bureau of Justice Statistics, there were roughly 1,900 fewer federal prisoners at year end in 2013 than there were at the same point in 2012. However, this drop was offset by an increase in the number of inmates in state prisons, which had roughly 6,300 more prisoners in 2013 than the previous year. A total of 28 states saw population increases in state prisons, which led to the first net increase in the total U.S. inmate population (federal and state) since its peak in 2009.

The chart below shows the trends for both state and federal prisons over the last 35 years.

The U.S. prison population went from roughly 307,000 in 1978 to more than 1.5 million in 2013, an increase greater than 400 percent. Many attribute this dramatic growth to the “tough on crime” policies that dominated criminal justice legislation from the mid-1980s to the early-2000s.

The recent statistics come just over a year after Attorney General Eric Holder announced his Smart on Crime Initiative, which aims to increase sentencing fairness and offer alternatives to incarceration for nonviolent criminals. The initiative gained significant momentum earlier this year when the U.S. Sentencing Commission voted to reduce mandatory sentencing guidelines for drug crimes in April. Shortly after that, the commission made the new guidelines retroactive, allowing as many as 50,000 prisoners to have their sentences reduced starting in 2015.

“This is nothing less than historic,” Holder said of the federal prisoner decrease on Tuesday in a keynote address at the Brennan Center for Justice. In his speech, he emphasized the new Smart on Crime policies and argued that they are starting to have some measurable effects.

In addition to last year’s decline, Holder said that the number of federal inmates is projected to drop by roughly 2,000 in the next year and by nearly 10,000 by the end of 2016, according to internal numbers from the Bureau of Prisons.

The consequences of this decline are significant for several reasons. Recent studies have argued that decreasing the prison population will not cause significant increases in crime rates.

Reducing the prison population is seen as a civil rights issue, as sentencing for drug crimes is widely seen as unfair to minorities. Reform advocates like the Drug Policy Alliance (DPA) often cite the disproportionate amount of minorities who are arrested for drug crimes. According to the DPA:

Although rates of drug use and selling are comparable across racial lines, people of color are far more likely to be stopped, searched, arrested, prosecuted, convicted and incarcerated for drug law violations than are whites.

Arrest disparities combined with troubling recidivism statistics may indicate that long prison sentences are not always the best solution for nonviolent criminals. However, not everyone is in favor of decreasing the number of inmates, as some continue to argue that high incarceration rates were an important factor to America’s falling crime rates.

The high incarceration rate has also created a significant economic burden for the federal and state governments. According to a report from the Congressional Research Service, the cost per inmate in federal prisons was $29,291 in 2013, an increase of over 35 percent since 2000. In 2010 alone, the United States spent nearly $80 billion on incarceration in federal and state prisons.

The economic and civil rights issues connected to growth in the prison population have created bipartisan support for reform. Senators Dick Durbin (D-Illinois) and Mike Lee (R-Utah) cosponsored the Smarter Sentencing Act of 2014, which aims to reduce the influence of mandatory minimums in the sentencing process. The bill, which a recent report from the Congressional Budget Office said could save more than $4 billion, would give judges more discretion in the sentencing process, allowing them to decide penalties on a case-by-case basis.

While the future of sentencing reform and the size of the prison population are not yet certain, supporters like Attorney General Holder proudly claim that change is coming:

Clearly, criminal justice reform is an idea whose time has come. And thanks to a robust and growing national consensus… we are bringing about a paradigm shift, and witnessing a historic sea change, in the way our nation approaches these issues.