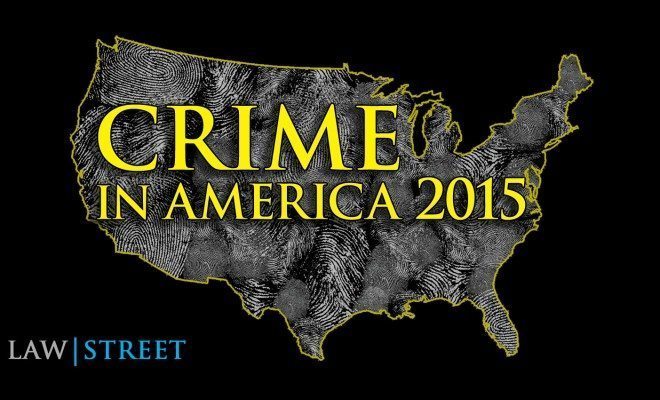 The following is the full text of the FBI’s disclaimer about the use of its Uniform Crime Reports. The disclaimer appears here in its entirety.

Since 1930, participating local, county, state, tribal, and federal law enforcement agencies have voluntarily provided the Nation with a reliable set of crime statistics through the Uniform Crime Reporting (UCR) Program. The FBI, which administers the program, periodically releases the crime statistics to the public.Uniform Crime Report Ranking Disclaimer is from the FBI.

UCR crime statistics are used in many ways and serve many purposes. They provide law enforcement with data for use in budget formulation, planning, resource allocation, assessment of police operations, etc., to help address the crime problem at various levels. Chambers of commerce and tourism agencies examine these data to see how they impact the particular geographic jurisdictions they represent. Criminal justice researchers study the nature, cause, and movement of crime over time. Legislators draft anti-crime measures using the research findings and recommendations of law enforcement administrators, planners, and public and private entities concerned with the problem of crime. The news media use the crime statistics provided by the UCR Program to inform the public about the state of crime.

UCR data are sometimes used to compile rankings of individual jurisdictions and institutions of higher learning. These incomplete analyses have often created misleading perceptions which adversely affect geographic entities and their residents. For this reason, the FBI has a long-standing policy against ranking participating law enforcement agencies on the basis of crime data alone. Despite repeated warnings against these practices, some data users continue to challenge and misunderstand this position.

Data users should not rank locales because there are many factors that cause the nature and type of crime to vary from place to place. UCR statistics include only jurisdictional population figures along with reported crime, clearance, or arrest data. Rankings ignore the uniqueness of each locale. Some factors that are known to affect the volume and type of crime occurring from place to place are:

Ranking agencies based solely on UCR data has serious implications. For example, if a user wants to measure the effectiveness of a law enforcement agency, these measurements are not available. As a substitute, a user might list UCR clearance rates, rank them by agency, and attempt to infer the effectiveness of individual law enforcement agencies. This inference is flawed because all the other measures of police effectiveness were ignored. The nature of the offenses that were cleared must be considered as those cleared may not have been the most serious, like murder or rape. The agency’s clearances may or may not result in conviction, the ultimate goal. The agency may make many arrests for Part II offenses, like drug abuse violations, which demonstrate police activity but are not considered in the clearance rate. The agency’s available resources are also critical to successful operation, so its rate of officers to population and budget should be considered. The UCR clearance rate was simply not designed to provide a complete assessment of law enforcement effectiveness. In order to obtain a validpicture of an agency’s effectiveness, data users must consider an agency’s emphases and resources; and its crime, clearance, and arrest rates; along with other appropriate factors.

Because of concern regarding the proper use of UCR data, the FBI has the following policies: