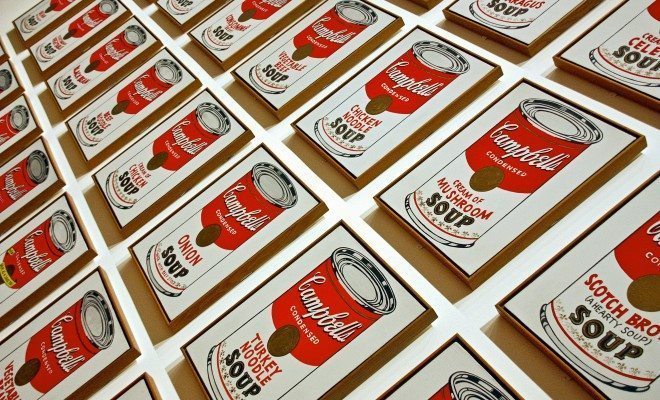 Should the FBI Offer Reward Money for Stolen Art?

Andy Warhol’s soup cans are one of the most iconic images of American pop art–and last week, someone decided to take them for a walk. The Springfield Art Museum of Springfield, Missouri reported a burglary last week that involved several prints made by Warhol in 1968. The FBI has announced a $25,000 reward for information leading to the apprehension of the thieves–which seems excessive until you consider that a single one of Warhol’s soup can prints sold for $30,660 last year at Christie’s. The reward also pales in comparison to the $5 million reward offered for information regarding the Isabella Stewart Gardener Museum robbery–during which multiple pieces by Renoir and Vermeer were stolen. Yet it is still a massive sum that will hopefully tempt informants to come forward.

The FBI has a specially designated Art Crime Team brought in to handle matters involving stolen artwork but unless the prints are found relatively quickly, they may be transferred into the collection of a private buyer via the black market and never seen again. The FBI operates a National Stolen Art File, which provides a comprehensive index of art that has been stolen worldwide, but with a piece as recognizable as Warhol’s soup cans, putting it in the index is not even necessary. The print could never go to auction in a traditional showroom, which means tracking it will be an infinitely difficult task. Law enforcement will be forced to rely heavily on anonymous tips and confidential informants, which is why they have drawn attention to their tip line with a cash incentive.

However, that incentive may not seem justified from all quarters. Why is the FBI designating such a massive cash prize to the Warhol paintings when it could donate the same prize to informants who call in regarding violent actions or organized crime? Why is the FBI designating that money to prizes at all when it could be using it to finance operations and hire the best possible analysts (instead of potentially losing them to the private sector)? The Art Crime Team would respond that stealing art can be equated with stealing history, taking away the identity and history of a given people. This argument holds up when considering the team’s successful recovery of artifacts stolen from archaeological sites and public museums, but when examining private collections, we come to gray area. Should the government be tasked with providing a reward for the theft of a privately owned painting or should that responsibility fall to the owner, who has the ability to insure the painting?

On its website, the Art Crime Team has listed several of its successes, including the case of “approximately 100 paintings stolen from a Florida family’s art collection in a fine art storage facility. This collection included works by Picasso, Rothko, Matisse and others that were recovered from Chicago, New York and Tokyo.” Stealing a painting from a venue like the Springfield Art Museum does impact the community’s ability to access and enjoy art but if it was stolen from a private collection, the public would have just as little access to the artwork after the theft as they did before. The reward offered in the case of the Warhol prints may turn up valuable information, but it could also be a waste of government funds that will do virtually nothing to return the prints.

Jillian Sequeira
Jillian Sequeira was a member of the College of William and Mary Class of 2016, with a double major in Government and Italian. When she’s not blogging, she’s photographing graffiti around the world and worshiping at the altar of Elon Musk and all things Tesla. Contact Jillian at Staff@LawStreetMedia.com
Share:
Related Itemsandy warholart theftFBIMissourirewardsoup cans