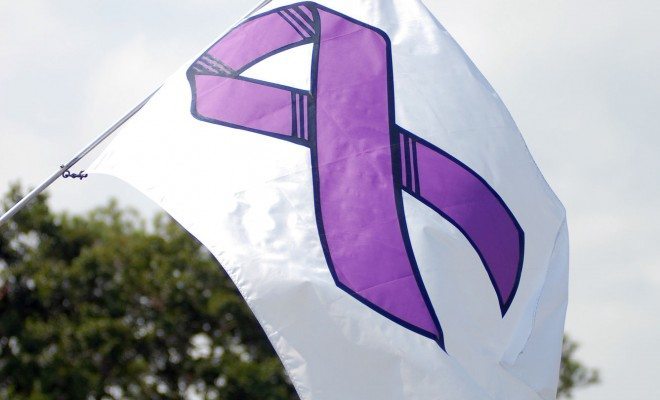 One out of every five cases of violent victimization in America is domestic violence. You read that correctly — one out of five, according to the latest National Crime Victimization Survey (NCVS) from the Bureau of Justice Statistics. Published in April, this report illustrates a disturbing yet unsurprising state of affairs.

Just over half of all domestic violence cases involving intimate partners or immediate family members during this period were reported to police (56 percent), while just under half of cases of victimization by other family members were reported (49 percent). In addition to the 23 percent of domestic violence victimizations, another 32 percent were perpetrated by “well-known/casual acquaintances.” More than half of all violent victimizations, then, are committed by offenders known by the victim. In general, violence is not random.

When all violent crimes are considered, men are slightly more likely to be victimized than women. However, in terms of domestic violence women are more often the victims, making up 76 percent of all such incidents. This is especially the case in intimate partner violence (IPV), which shows an even larger gap: an 82-18 percent disparity between women and men, respectively. IPV is also the most prevalent and injurious form of domestic violence.

The recent campaign “Bring Back Our Girls” has been powerful in that it created rallying cry, worldwide, against the discrimination of women. While the energy behind it is purely positive, I think that America forgets about its own issues too often. We take pride when scolding other nations for their de jure systems of oppression. As a recent World Bank report illustrates, it is not a crime to restrict women in many countries. Rather, their restriction is a part of the legal system. Active government constraint of the freedoms that women deserve is not (as) prevalent in the United States. But it remains shameful, or criminal, that our government can ignore domestic violence to the extent that it does.

IPV can be associated with poverty. As the World Bank report states, “Intimate partner violence (IPV) is more frequent and severe among poorer groups across such diverse countries as India, Nicaragua, and the United States.” Our lawmakers can do something by restructuring the tax code and revitalizing government programs. Getting rid of loopholes while lowering all brackets’ rates could actually increase revenue and make room for stronger assistance programs. Of course this means that reforming welfare and SNAP will have to be taken seriously.

Undocumented citizen status may also exacerbate IPV. As SafeHouse Denver describes, there are a host of methods used by aggressors against immigrant women to keep them from reporting domestic violence. Our lawmakers can do something by reforming immigration laws, reducing harsh enforcement, and making the path to citizenship more accessible. In turn, that would make it more difficult for abusers to discourage immigrant women from seeking help.

IPV can turn into homicide when firearms are involved. The annual “When Men Murder Women” report by the Violence Policy Center shows the relationship between firearm homicide and domestic violence. Our lawmakers can do something by mandating tougher restrictions on guns, which may reduce the number of domestic violence cases that become fatal. Because fatal domestic violence cases go unrecorded by the NCVS, this issue is even greater than the recent report may suggest.

Cultural change has the power to reshape the way we raise our children, it has the power to reshape the way partners treat each other, and it has the power to reshape how students behave on college campuses. However, we cannot rely solely on social movements. The political structure and our government’s actions must reflect, and catalyze, the social shifts on the ground. Yes, we need to advocate for cultural change. Yes, all women. Yes, all men. But it would be remiss to not demand policies that can diminish IPV. If we are to truly champion the end of domestic violence, the end of sexual assault, and the end of a system that leaves so many women battered, it will be necessary to call on our government to make changes. Especially when solutions would be beneficial in so many other policy areas, it is criminal that our politicians are not doing more to combat domestic violence.

Featured image courtesy of [US Military via Wikimedia]

Jake Ephros
Jake Ephros is a native of Montclair, New Jersey where he volunteered for political campaigns from a young age. He studies Political Science, Economics, and Philosophy at American University and looks forward to a career built around political activism, through journalism, organizing, or the government. Contact Jake at staff@LawStreetMedia.com.
Share:
Related Items#BringBackOurGirls#YesallwomenDomestic ViolenceGun ControlImmigrationPovertyWomen