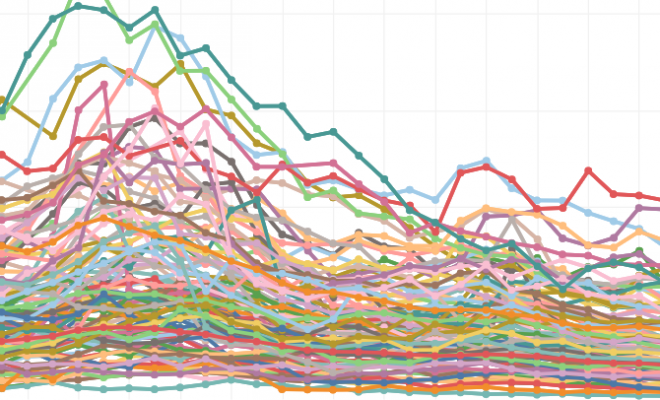 What Do Crime Trends Look Like in America’s Largest Cities?

Although crime is often a major issue in public debate at the local and national level, American perception of crime rates often does not match what the statistics tell us. While violent crime has generally been declining for the past several decades, public opinion polling since the early 1990s shows that most Americans have felt that crime went up in the past year, when more often than not the opposite occurred.

Given this persistent gap between perception and reality as well as false or misleading public statements about crime, it’s particularly important to look at the long-term trends. Law Street’s interactive crime statistics dashboard provides detailed information about crime statistics in America’s largest cities going back to 1985. With it, you can visualize crime trends for any city with available data from the FBI and a population greater than 200,000 people.

The tool clearly illustrates the general downward trend in violent crime since the early 1990s. Here’s a look at the violent crime rate per 100,000 people for the United States as a whole and for all cities with a population over 250,000. As you can see in the chart below, violent crime rates tend to be noticeably higher in large cities relative to the nation as a whole and the decrease that has occurred over the past several decades was primarily concentrated in those cities as well.

When you look at several individual cities, that downward trend is pretty easy to identify. Three major cities with some of the largest percentage decrease in crime rates are New York City, Los Angeles, and Dallas, as you can see in the chart below. The 2015 violent crime rates in these three cities dropped by more than half relative to the rates at their respective peaks in the 1990s.

While looking at trends over several decades helps explain how crime rates today compare to the particularly high rates several decades ago, more recent trends are also important. While many cities continue to see their crime rates fall, others have seen modest but significant increases in recent years. This is particularly true when you look at changes in murder rates. The number of murders in large cities saw a notable increase in 2015, which for many cities may be an emerging trend. Here’s a look at a few cities that have seen their murder rates go up for multiple consecutive years.

Although the national murder rate and the rates in the cities detailed above went up in 2015–the most recent year with available data–it’s important to note that the increase did not happen everywhere. In fact, there were several large cities that saw modest decreases in their murder rates. However, the recent changes remain notable even if rates remain near multi-decade lows.

To take a closer look at these cities and to identify trends on your own, check out the new interactive dashboard or read more of Law Street’s Crime in America coverage.