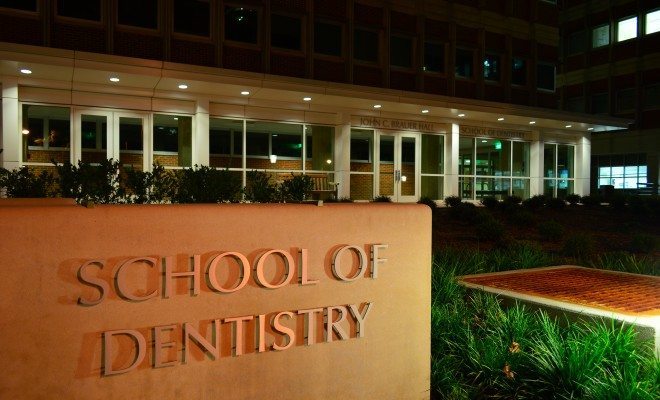 By now we have all heard about the heart-wrenching news that three young people have been killed in Chapel Hill, North Carolina. The three were Deah Shaddy Barakat, 23; Yusor Mohammad, 21; and Razan Mohammad Abu-Salha, 19. Barakat was a student at the University of North Carolina School of Dentistry, and his wife, Yusor Mohammad was to begin her studies there this year. Her younger sister, Razan Mohammad Abu-Salha, was a student at North Carolina State University in nearby Raleigh. They were shot by a man named Craig Stephen Hicks, 46, who is now in police custody.

Here’s a picture of Barakat and Mohammad at their recent wedding:

God willing they will spend eternity together #ChapelHillShootingpic.twitter.com/k08A1LHxgm

I don’t know exactly what happened, and it would be disingenuous to pretend otherwise. That being said, I’m not surprised by this news. Horrified, sure. Disgusted, absolutely. Incredibly saddened, of course. Surprised? Not at all.

This is what happens when we take an entire group of people and stereotype, demean, and dehumanize them for years and years. When we make them the bogeymen for our problems. When we associate them with people who do horrible things just because they happen to share a religion. We use violent rhetoric, and then we’re supposed to be surprised when there’s a violent result.

What violent rhetoric am I talking about? Here are some examples, but they’re only examples–this is by no means anywhere near a full list.

The quote that stuck out to me was Andrea Tantaros saying:

You read that right: “You solve it with a bullet to the head.” Furthermore look at the language she uses…”these people”….”this religion.” This is a piece on ISIS, yes, but it’s one that’s not careful about making any sort of distinctions. “This religion” refers to Islam as a whole, make no mistake.

Or how about the time that Joe Walsh, a man who was actually elected to the United States Congress said that “One thing I’m sure of is that there are people in this country – there is a radical strain of Islam in this country -– it’s not just over there –- trying to kill Americans every week.” Again, there’s a clear message here–Muslims are trying to kill people. There’s no distinction here–Walsh is basically saying that every single one of the roughly three million Muslims in the United States are out to get anyone who adheres to a different religion.

Or what about the time Sean Hannity compared the Qur’an to Mein Kampf?

Muslim extremists exist, of course, but to use violent rhetoric in reference to all Muslims is as inaccurate as it is reprehensible. But that’s exactly why I’m not surprised–if you are constantly inundated by media and leaders who treat a segment of the population as less than, it’s easy to internalize that misinformation as fact.

I’m not necessarily saying that Hicks committed a hate crime–his family keeps repeating that it was over a parking dispute. But it seems incredibly likely–after all the definition of a hate crime is pretty broad. As CNN’s legal analyst Sunny Hostin points out: “To qualify as a hate crime, all that matters is that the crime was motivated, in whole or in part, by the offender’s bias.” Evidence has come out that Hicks was a militant atheist, and that he often decried religion. Again, I don’t know what happened here. But calling it a hate crime, in today’s environment of vitriol, doesn’t seem like it’s too much of a stretch. When there’s so much hate, it’s very hard to imagine that said hate plays no part.

Anneliese Mahoney
Anneliese Mahoney is Managing Editor at Law Street and a Connecticut transplant to Washington D.C. She has a Bachelor’s degree in International Affairs from the George Washington University, and a passion for law, politics, and social issues. Contact Anneliese at amahoney@LawStreetMedia.com.
Share:
Related ItemsCrimeCrime in AmericaFox NewsIslamMurderMuslimNorth CarolinaRaleighUNC