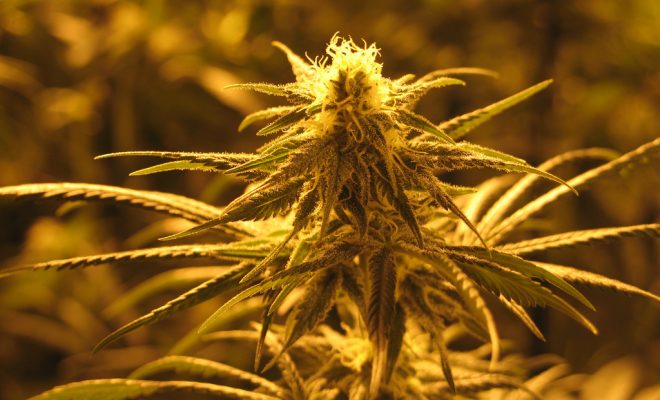 There is a divide in America between how the federal government classifies marijuana and how some individual states do. And that divide probably won’t be bridged any time soon. On Wednesday, the chief of the Drug Enforcement Administration (DEA) wrote a letter to a trifecta of petitioners who sought to prod the institution into liberalizing its restrictions on the drug. Chuck Rosenberg, the chief of the DEA, wrote: “[Marijuana] does not have a currently accepted medical use in treatment in the United States, there is a lack of accepted safety for its use under medical supervision, and it has a high potential for abuse.” Marijuana is a Schedule I substance, which limits researchers’ abilities to study its medical properties, and of course, renders it illegal.

Governor Gina Raimondo (D-RI), Governor Jay Inslee (D-WA), and a nurse from New Mexico, Bryan Krumm filed the petition with the DEA, and were the fourth straight petitioners to be rejected for similar requests. In his letter, Rosenberg painted his decision as hardly a decision at all, but as a responsibility bound by science and the FDA’s conclusions regarding the lack of evidence in regards to any positive medical properties of the drug.

“This decision isn’t based on danger. This decision is based on whether marijuana, as determined by the FDA, is a safe and effective medicine,” Rosenberg wrote, “and it’s not.”

Keeping marijuana in the same category as heroin is absurd. The time is long overdue for us to remove the federal prohibition on marijuana.

Marijuana’s classification as a Schedule I drug is a nearly 50 year-old demarcation defined under the Controlled Substances Act of 1970. The characteristics of a Schedule I drug, according to the CSA, include “a high potential for abuse,” “no currently accepted medical treatment use in the U.S.,” and “a lack of accepted safety for use of the drug or substance under medical supervision.” Rosenberg said the FDA upholds those standards in regards to marijuana, and the classification at this point in time remains the same.

“If the scientific understanding about marijuana changes,” he added, “the decision could change.” Heroin, LSD and bath salts are some of the other drugs classified as Schedule I. Cannabis is treated differently at the state-level, however. At the moment, 25 states and the District of Columbia have legalized medical marijuana.

The War on Marijuana by the DEA continues…

And though there is no direct causal evidence that marijuana can treat specific diseases or disorders, doctors often prescribe patients the drug for pain relief. The American Academy of Pediatrics, while it opposes legalizing marijuana for recreational use, supports re-classifying the drug in order to allow for unhindered research. “The Academy supports further study of cannabinoids, which limited research to date shows can help specific conditions in adults,” the group wrote last year.

Rosenberg acknowledged the difficulty scientists face in researching marijuana, but said the DEA has “never denied” requests to study legally produced pot. At the moment, the University of Missouri has the only lab that can legally grow the plant for research purposes. Some analysts see the FDA and DEA as being in an intractable loop: the FDA can’t conduct research on marijuana because of how the DEA classifies it, and the DEA classifies it as such because of the lack of scientific literature proving it as safe and beneficial.

At this point, it might be Congress is the only means forward for loosening the restraints on marijuana research. It’s a largely bipartisan priority, and with five states voting this November to legalize recreational marijuana, the issue won’t be disappearing any time soon.

Alec Siegel
Alec Siegel is a staff writer at Law Street Media. When he’s not working at Law Street he’s either cooking a mediocre tofu dish or enjoying a run in the woods. His passions include: gooey chocolate chips, black coffee, mountains, the Animal Kingdom in general, and John Lennon. Baklava is his achilles heel. Contact Alec at ASiegel@LawStreetMedia.com.
Share:
Related ItemsCannabis in AmericaDEAFDAMarijuanaPotweed