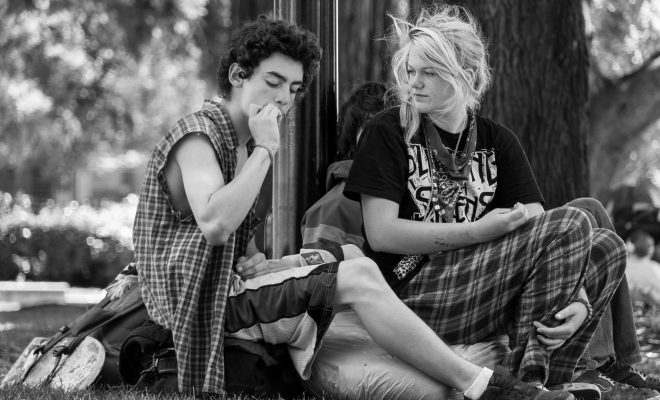 For Teenagers, Marijuana is Less Accessible Than Ever Before

Every year since 1992, the Monitoring the Future survey has asked 8th, 10th, and 12th graders how difficult it would be to procure drugs, from marijuana to meth, and how often they use them. In 2016 the survey found that, despite the growing number of states making it easier to obtain marijuana, not only is marijuana use down among teenagers, but so is its availability.

Most teens are obtaining marijuana at a lower rate than ever before, as 34.6 percent of 8th graders said pot would be “easy or very easy to get,” 2.4 percent lower than the rate in 2015. Students in 10th grade also recorded the lowest rate ever for the study, with 64 percent saying the drug is attainable, a 1.4 percent drop from 2015. Eighty-one percent of 12th graders said marijuana would be easy to get, up 1.5 percent from last year.

“I don’t have an explanation. This is somewhat surprising,” Dr. Nora Volkow, director of the National Institute on Drug Abuse, which commissions the survey, told U.S. News & World Report. “We had predicted based on the changes in legalization, culture in the U.S. as well as decreasing perceptions among teenagers that marijuana was harmful that [accessibility and usage rates] would go up. But it hasn’t gone up,” she said.

Eight states–including four last month–and D.C. have legalized recreational marijuana for people 21 and over. So why has accessibility and use gone down, even among those that are underage? One reason posited by Volkow and other experts is that younger people are more familiar with the harmful effects of inhaling smoke. Or perhaps it’s that their free time is being eaten up by watching TV or playing video games, rather than seeking out the high school pot dealer. Or, as some legalization advocates point out, maybe it’s that as pot laws loosen, the rebellious stigma of marijuana fades away.

For 8th, 10th, and 12th graders alike, alcohol was said to be much easier to obtain than marijuana. Cigarettes also consistently ranked higher than marijuana in terms of ease of access, but lower than alcohol. Marijuana use is also down from last year among 8th and 10th graders, continuing a downward trend that began in 2010. In 2016, 8th grade marijuana use hit its lowest rate since 1993, with 9.4 percent of respondents saying they smoke pot. That figure is significantly higher for 10th graders, with 23.9 percent saying they smoke pot, but that number also saw a 1.5 percent decrease from 2015, and was the lowest usage rate since 2008.

“We’re seeing that more people in the U.S. except for teenagers are taking [marijuana],” Volkow said. “The rates of increases are highest among young adults 18-24, so one would expect that would translate to the adolescents, but apparently it has not.”

Alec Siegel
Alec Siegel is a staff writer at Law Street Media. When he’s not working at Law Street he’s either cooking a mediocre tofu dish or enjoying a run in the woods. His passions include: gooey chocolate chips, black coffee, mountains, the Animal Kingdom in general, and John Lennon. Baklava is his achilles heel. Contact Alec at ASiegel@LawStreetMedia.com.
Share:
Related ItemsCannabisMarijuanaMarijuana AccesibilityMarijuana UseUnderage Marijuana