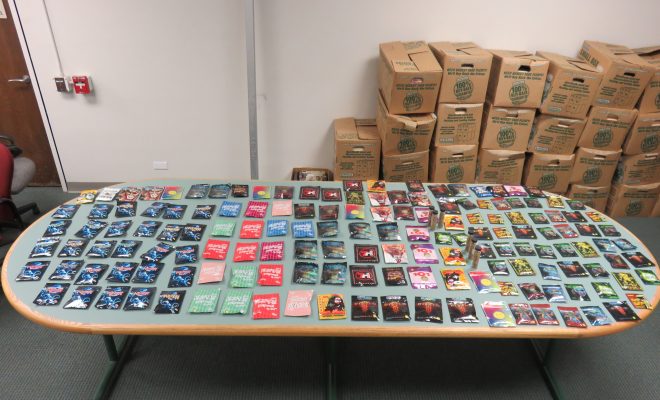 According to a new study by the U.S. Center for Disease Control and Prevention, teens who use synthetic marijuana are more likely to engage in risky behavior, have unprotected sex, and abuse other, potentially more harmful drugs. The study interpreted data from the 2015 Youth Risk Behavior Survey to come to its conclusions.

Researchers found that “nearly one in 10 high school students had used synthetic marijuana at some point in their lifetime,” said Heather Clayton, the lead researcher of the CDC study, and a scientist with the center’s Division of Adolescent and School Health.

Those who use synthetic pot–also known as “fake weed”–are more likely to carry a gun or engage in violent behavior than those who use traditional marijuana, the researchers said, and are more likely to have begun using marijuana at an early age. Synthetic marijuana use is also linked to having unprotected sex. So why do people turn to synthetic marijuana rather than the natural plant? It’s readily available, it’s cheap, and it’s hard for authorities to detect, due to manufacturers’ ever-changing formulas and marketing techniques.

Like traditional marijuana, the synthetic variety is classified as a Schedule I drug by the Drug Enforcement Administration. Though often packaged and marketed in a colorful, almost innocent fashion (K2 and Spice are common strain varieties), synthetic marijuana is tied to a variety of adverse effects. According to the National Institute on Drug Abuse, synthetic marijuana, which usually consists of dried leaves sprayed with a menagerie of chemicals, can lead to “rapid heart rate, vomiting, violent behavior, and suicidal thoughts.”

Alec Siegel
Alec Siegel is a staff writer at Law Street Media. When he’s not working at Law Street he’s either cooking a mediocre tofu dish or enjoying a run in the woods. His passions include: gooey chocolate chips, black coffee, mountains, the Animal Kingdom in general, and John Lennon. Baklava is his achilles heel. Contact Alec at ASiegel@LawStreetMedia.com.
Share:
Related ItemsCannabisCDCMarijuanaMarijuana EffectsNIDASynthetic Marijuana