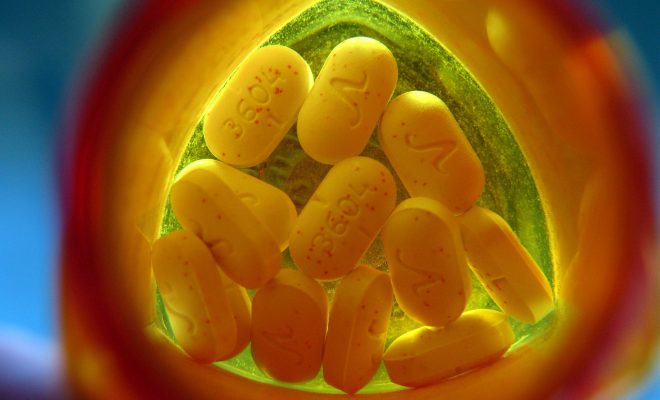 States where medical marijuana is legal have seen drops in opioid hospitalizations and overdoses, according to a new study published in the April issue of the Drug and Alcohol Dependence journal. And despite the loosening of marijuana laws across the country, states that have legalized medical marijuana have not seen an uptick in marijuana hospitalizations. Opioids have ravaged communities across the nation, and some researchers see marijuana as a viable alternative for treating certain ailments.

In states with medical marijuana laws in place, hospitalizations for opioid dependence and abuse dropped by an average of 23 percent, according to the study. In addition, treatment for overdoses decreased by an average of 13 percent. Yuyan Shi, the study’s author, told Reuters that legalizing medical marijuana “may have reduced hospitalization related to opioid pain relievers.” But Shi cautioned that the results are “still preliminary.”

Marijuana’s potential as a replacement for opioids stands in stark contrast to comments Attorney General Jeff Sessions made a few weeks ago. “I am astonished to hear people suggest that we can solve our heroin crisis by legalizing marijuana,” he said, “so people can trade one life-wrecking dependency for another.” Pro-marijuana activists and many others are concerned that Sessions, who once said “good people don’t smoke marijuana,” will crack down on marijuana use, even in states where it is legal.

Comparing the two substances is precarious. Heroin is highly addictive–and is upending communities all over the country–while there has never been a reported marijuana overdose, according to the Drug Enforcement Administration. But the DEA does classify both heroin and marijuana as Schedule I substances.

Despite Sessions’ fear mongering and the federal illegality of marijuana, doctors sometimes prescribe or recommend medical marijuana to patients as a substitute for treating side effects from certain diseases, in lieu of Vicodin or Oxycontin, two powerful opioids. Prescription pain medications or other opioids like heroin kill 91 Americans each day.

Roughly 60 percent of Americans live in an area–one of 28 states or D.C.–where medical marijuana is legal, and researchers are increasingly examining the drug’s medical utility. A report in January from the National Academies of Sciences, Engineering, and Medicine found that marijuana does in fact have therapeutic properties. Still, the Drug and Alcohol Dependence study came to a restrained conclusion: “future investigation is needed to explore the causal pathways of these findings.”

Alec Siegel
Alec Siegel is a staff writer at Law Street Media. When he’s not working at Law Street he’s either cooking a mediocre tofu dish or enjoying a run in the woods. His passions include: gooey chocolate chips, black coffee, mountains, the Animal Kingdom in general, and John Lennon. Baklava is his achilles heel. Contact Alec at ASiegel@LawStreetMedia.com.
Share:
Related ItemsCannabisMedical MarijuanaOhioOpioidOpioid EpidemicRural AreasWest Virginia