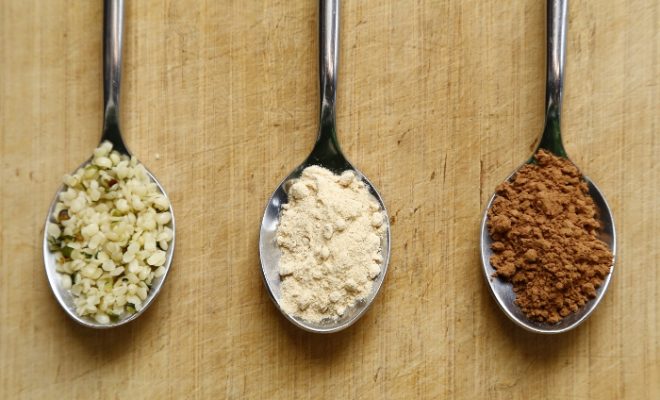 What is Hemp?: Marijuana’s Industrial Counterpart

Hemp. It’s a word you have probably heard more than once, and probably had some questions about at the time. Is it marijuana? Is it legal? Why does my vegan friend preach its health prowess? In short, hemp is cannabis, but it is not marijuana, though marijuana is also cannabis. Confused? Read on to find out the details.

Cannabis is a plant genus with two sub-species, indica and sativa. Both contain THC, the psychoactive chemical that results in a “high,” though they differ in appearance and effect. The fault line between hemp and marijuana is the THC content of an indica, sativa, or hybrid strain. If the THC concentration in a plant of any strain is under 0.3 percent, then it is classified as hemp (with the exception of West Virginia, which defines hemp as having a THC level below 1 percent). If it’s above that threshold, then it is classified as marijuana. The classification largely exists for legal purposes, as marijuana laws are much harsher than hemp laws.

Hemp grows around the world, most abundantly in Pakistan and China. China is also the crop’s largest exporter. An estimated 25,000 products are made from hemp, spanning nine different product markets. Its fibers are spun into a variety of goods: socks, shirts, pants, strong plastics, rope, and paper; a company in France even prints the Bible on hemp paper. Hemp seeds boast a nutritional profile unlike any other miracle seed (like chia or flax), with its perfect omega-3 and omega-6 fatty acids ratio and a host of vital vitamins and minerals.

In the U.S.–where marijuana taboos persist but are slowly crumbling–hemp is a nascent industry, even though its sturdy, long-lasting fibers are woven into the nation’s past. Colonial farmers cultivated the crop, including some famous ones: Thomas Jefferson, John Adams, and George Washington all grew hemp and sang its praises. The ropes of the Mayflower were made of hemp fiber.

But the abundance of hemp in colonial times soon became a siren for the demonizing of Mexican immigrants, and their supposed proclivity for the other side of the cannabis equation: marijuana. Marijuana–traditionally spelled “marihuana,” the modern spelling is a dig at Spanish-speaking Mexicans–became associated with all things evil and naughty, and of course, was banned. Hemp could not rid itself of the stigma of its more potent (and polarizing) cousin. That began to change in 2014.

The Agricultural Act of 2014, also known as the 2014 Farm Bill, allowed states to pass legislation for the cultivation and study of hemp, with a requirement that growers must partner with researchers from a university to ensure cooperation between the scientific and commercial fields. As of this year, 16 states have passed laws that legalize industrial hemp for commercial purposes; 20 states are dipping into hemp more cautiously, allowing pilot programs that allow for collaborative research between growers and researchers.

One entrepreneur in New York is jumping on the state’s recently passed legislation allowing for hemp pilot programs. Aidan Woishnis is a part of an educational hemp outfit called WhatCannaDo. Aiming to educate prospective growers and consumers alike, Woishnis is passionate about the hemp movement, the importance of educating people on its potential powers, and deconstructing its marijuana-drenched stigma.

“In order to get any movement properly, people need to be educated and know what’s going on,” Woishnis, who dropped out of Prescott College in Arizona to stake his claim in hemp trade, told Law Street in a phone interview. His aim is to “build an educational platform, giving them a source of actual knowledge that’s been researched by a lab, not by someone taking something from the internet.”

State legislatures are showing a greater willingness to embrace hemp. But Woishnis said the greatest barrier to hemp taking off the way he thinks it could is competing private interests. Wealthy and powerful material industries–like plastics and timber–have pushed back on the young and frightening (for them) potential of hemp.

Some see hemp as an all-purpose answer to a green-conscious society’s infrastructure woes, a fix for the typical carbon-emitting materials that make up today’s cities and towns. Woishnis thinks hemp has the ability to remove the guilt from a culture built on consumption, but that is increasingly concerned with the longterm effects consumption will have on the environment. With hemp, people “can still be consumers and be in a capitalist system while not harming anything,” he said. “[Hemp] is a much better option.”

Editor’s Note: this piece has been updated to change the spelling of “WhatCannaDo.”

Alec Siegel
Alec Siegel is a staff writer at Law Street Media. When he’s not working at Law Street he’s either cooking a mediocre tofu dish or enjoying a run in the woods. His passions include: gooey chocolate chips, black coffee, mountains, the Animal Kingdom in general, and John Lennon. Baklava is his achilles heel. Contact Alec at ASiegel@LawStreetMedia.com.
Share:
Related Items2014 Farm BillCannabisHempHemp IndustryHemp SeedsPotweed