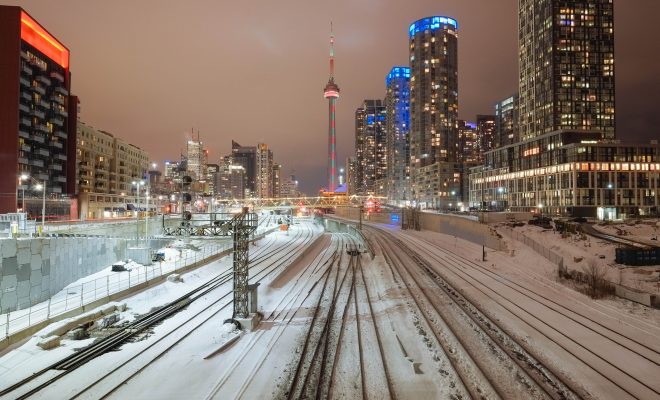 Months before lawmakers in Canada are expected to take up marijuana legalization legislation, police in Toronto have been raiding dispensaries; a number of individuals have been charged at this point. Just last week, police raided dispensaries across three cities. The targets were all Cannabis Culture branches, the popular chain owned by Canada’s so-call “Prince of Pot” Marc Emery. Emery and his wife were arrested at an airport last week and charged with drug trafficking, conspiracy, and possession. They were en route to a cannabis festival in Spain.

The cannabis raids have been going on for months, in what Toronto police are calling Project Gator, an effort to clamp down on dispensaries which, under the current law, are illegal. But opponents of the crackdown argue that Canada’s marijuana law is hardly black and white. The laws aren’t consistently enforced, leading to confusion and ambiguity for dispensaries and consumers.

“Just because there’s not a grey area when it comes to the law in the books doesn’t mean there’s not a grey area in practice in terms of what’s happening on the ground,” said lawyer Gerald Chan. Canada’s criminal justice system is “overburdened,” Chan said, and police should focus their attention on graver, potentially more dangerous crimes. In Ottawa, some people accused of committing murder were recently allowed to walk free after the justice system’s resources dried up.

Toronto police are not backing down from Project Gator, however. “The dispensary advocates want you to believe … there’s a grey area,” said Mark Pugash, a spokesman for the Toronto police. “There isn’t.” Pugash added: “The fact is, however you try to shine this, it is against the law.”

Last week was not the first time Emery, the “Prince of Pot,” was arrested on marijuana-related charges. After he was convicted of selling marijuana seeds in the U.S. in 2007, Emery spent seven years in prison. On Friday, soon after they were arrested at the airport, the Emerys were released on bail. Jodie Emery, Marc’s wife, said the arrest was “appalling,” adding that she was “quite disturbed by the fact that we are innocent until proven guilty, yet Cannabis Culture, which is a magazine, head shop, vapor lounge, it’s a movement.”

Prime Minister Justin Trudeau said recently that lawmakers will be looking at marijuana legalization legislation this summer. But, as the recent raids in Toronto indicate, that does not mean the current law will go unenforced. “Until we have a framework to control and regulate marijuana, the current laws apply,” Trudeau said.

Alec Siegel
Alec Siegel is a staff writer at Law Street Media. When he’s not working at Law Street he’s either cooking a mediocre tofu dish or enjoying a run in the woods. His passions include: gooey chocolate chips, black coffee, mountains, the Animal Kingdom in general, and John Lennon. Baklava is his achilles heel. Contact Alec at ASiegel@LawStreetMedia.com.
Share:
Related ItemsCanadaCannabisMarijuanaTorontoweed