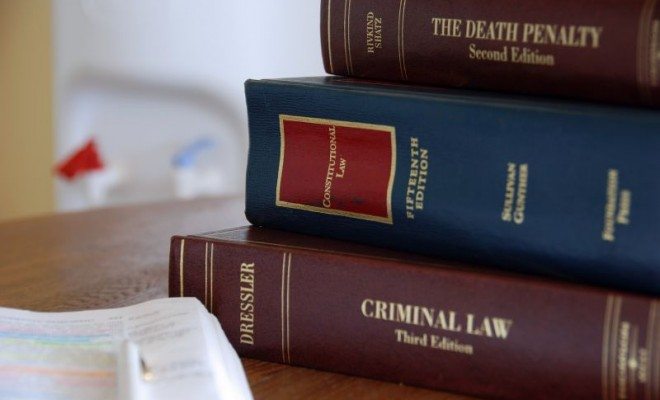 Back in February, I brought you the news that William Mitchell College of Law and Hamline University School of Law had signed an agreement to merge together to create Mitchell | Hamline School of Law. The goal of the merger was to help alleviate competition in the region and mitigate the effects of declining law school enrollment over the last several years. Unfortunately, that merger has started to get a little messy, in light of a lawsuit filed by some of William Mitchell’s professors.

One thing that was still up in the air back in February was the fate of the faculty and staff from both of these schools. Officials stated that there would need to be cuts, but they had hoped that most of these cuts would be voluntary.

It seems however, that things did no go as they had hoped. Two William Mitchell professors, Carl Moy and John Radsan, are now accusing the school of proposing “unacceptable changes” to its tenure policy in order to accommodate the necessary cuts in staff to move forward with the merger.

The two professors are alleging that William Mitchell could not find enough faculty to voluntarily take part-time positions or retire altogether as the school had hoped. The complaint says that in response, the school is trying to change tenure code in order to allow the dismissal of more faculty.

In their complaint filed with the Ramsey County District Court, professors Moy and Radsan are asking the court to rule that the school’s attempt to change tenure rules breaches their contracts. They are also asking that the court award them with costs, disbursements, and “further relief as the court deems just.”

According to the suit, the “defendant’s proposed amendment would alter the tenure code so that it would deny otherwise-tenured faculty ‘tenure…defendant would be able to terminate a tenured faculty member without adequate cause …” Essentially, these faculty members could be let go regardless of whether or not they have tenure. This directly contradicts the entire purpose of tenure, which is designed to promote job security. While it’s standard practice at most institutions to let the non-tenured faculty go first, according to Radsan, the Board of Trustees is refusing to do so in this situation.

Currently, the school’s tenure code only allows tenured faculty to be let go if they can’t or don’t perform their job, or if there is a financial crisis. However, according to the complaint, the proposed changes would allow William Mitchell to “terminate tenured faculty, without adequate cause and without declaring a financial exigency, and without paying the terminated tenured faculty member at least one year’s salary and benefits beyond the effective date of the termination.”

They are also alleging that William Mitchell’s president and dean Eric Janus and Associate Dean Mary Pat Byrn had expressed that decisions about faculty cuts would be made with some “degree of favoritism.” The complaint states that “Janus would decide what faculty members would stay or go based on the member’s personal loyalty to Janus, their support for the administration’s policies and proposals, and whether the faculty member had a ‘poor attitude.'”

It will be interesting to see how all of this plays out, what effects it will have on the impending merger, and whether it will affect the likelihood of any other schools getting involved in mergers like this moving forward.

Brittany Alzfan
Brittany Alzfan is a student at the George Washington University majoring in Criminal Justice. She was a member of Law Street’s founding Law School Rankings team during the summer of 2014. Contact Brittany at staff@LawStreetMedia.com.
Share:
Related ItemsHamlineLaw ProfessorsLaw SchoolLawsuitMergerTeacher TenureTenureWilliam Mitchell