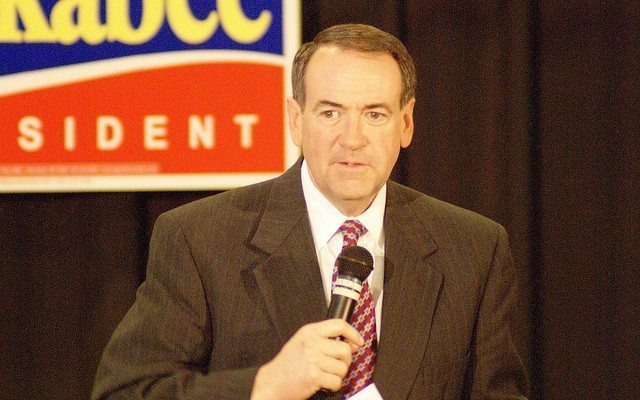 What Is and Isn’t Important About Huckabee’s ‘Libido’ Comment

Former Republican Presidential candidate Mike Huckabee is facing criticism for comments he made during a speech on Thursday, January 23, 2014 at the Republican National Committee’s Winter Meeting. Ironically, the former Arkansas Governor was discussing how Republicans need to increase their efforts to attract women voters when he stated, “If the Democrats want to insult the women of America by making them believe that they are helpless without Uncle Sugar coming in and providing for them a prescription each month for birth control because they cannot control their libido or their reproductive system without the help of the government, then so be it.”

There was instant outrage as soon as Huckabee finished delivering his speech. The Democratic National Committee was quick to jump at the chance to attack the Republican Party for Huckabee’s words. White House Press Secretary Jay Carney stated that Huckabee’s comment “sounds offensive.” And a storm of tweets related to the subject were issued after the speech, including this one from House Minority Leader Nancy Pelosi:

Even 100 years ago, it would have been hard to imagine a man making a statement as ridiculous as what Mr. Huckabee said today.

What is not important about his statement is the fact that his comments have been easily misconstrued to mean that women can’t control their sexual urges. Though it may have seemed that Huckabee said women have uncontrollable libidos, the former Governor actually meant something else entirely. Reading into the context of the quotation, Huckabee was really discussing that, in his view, Democrats are using the ‘war on women’ to portray women as needing the government’s help to manage their reproductive systems.

However, the actual meaning of Huckabee’s comment is what is truly disconcerting for the three reasons:

1. Huckabee believes that women don’t need the government’s aid with respect to their reproductive health.

Due to a key provision in the Affordable Care Act, women are now able to get their prescribed FDA-approved contraceptives without co-payment. This measure is huge for lower income women who, prior to the passage of the legislation, couldn’t fit the payment for contraceptives into their already tight budgets. If the federal government did not mandate that contraceptives be free to women through their insurance,  many women would not be able to gain access to birth control.  Thus, it is very concerning that Huckabee’s statement suggests woman do not need the government to step in to protect their reproductive rights.

2. The comment echos the common misconception that birth control is only for preventing pregnancy.

Huckabee’s statement draws further evidence to the fact that many have the wrong idea about birth control. Contraceptives are not solely used to prevent unplanned pregnancies while engaging in sexual activity (though it is extremely important that woman have access to birth control to control what happens in their own bodies).  Birth control is prescribed to many women for a variety of reasons. In response to Huckabee’s speech, Planned Parenthood released a statement noting that birth control “helps women plan their pregnancies and manage their lives, and many women use it for a variety of other medical reasons, including treatment of endometriosis that can lead to infertility.”  In addition to treating endometriosis, there are many other uses for birth control, including regulating a woman’s menstrual cycle, relieving menstrual pain, and clearing acne. In addition, according to a study done by the Guttmacher Institute, more than half of women surveyed who use a contraceptive use birth control for purposes other than pregnancy prevention. Thus contraceptives are not merely used for preventing pregnancy but for a multitude of other important issues related to women’s health.

3. Huckabee’s statement exposes his own hypocrisy with regard to government law on contraceptive coverage.

By claiming that the government should stay out of contraceptive coverage for women, Mike Huckabee ignores his own past as Governor of Arkansas. Bill Scher of Campaign for America’s Future noted that in 2005, Huckabee signed into law a measure that required Arkansas insurance plans to include coverage of birth control and other kinds of contraception. And Huckabee was not the only Republican supporting mandated contraceptive coverage for insurance. Five other GOP governors were responsible for signing similar bills into law, and George W. Bush never challenged federal mandates on contraception during his presidency. However, as soon as birth control became a partisan issue, Republicans were quick to move away from supporting state-mandated contraceptive coverage. If Huckabee believes that government should not sponsor birth control coverage, he should not stop at blaming only Democrats, but should also include his own past actions and those of other Republicans.

What is certain about Huckabee’s statement is that it won’t help the Republican party gain an influx of female voters. From this comment to Todd Akin’s infamous ‘legitimate rape’ gaffe, there are so many instances that prove Republicans are failing to properly address and understand women’s issues.  And while Huckabee’s comment has been misinterpreted as being more offensive than what he actual meant, perhaps the former Governor should have taken time to ensure his words would be clear before making a public speech that would be covered extensively by the media. Moreover, in bringing up the issue of women’s reproductive rights in an attempt to gain political clout for his party, Huckabee demonstrates that politicians are still politicizing an issue that needn’t be controversial at all: the right for women to control their own choices.

Sarah Helden
Sarah Helden is a graduate of The George Washington University and a student at the London School of Economics. She was formerly an intern at Law Street Media. Contact Sarah at staff@LawStreetmedia.com.
Share:
Related ItemsBirth ControlConservatismContraceptionGOPMike HuckabeePoliticsRepublicansRNCWomen