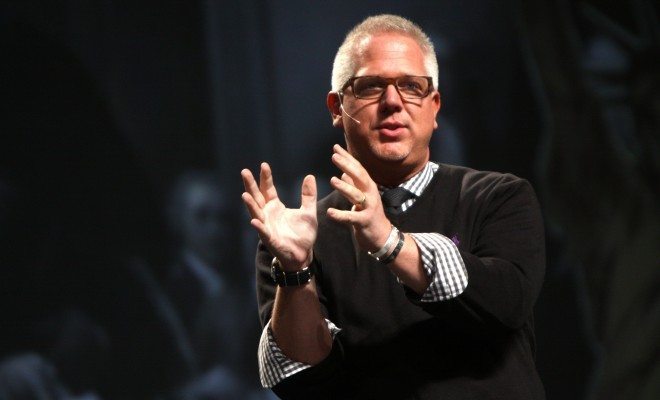 Conservative media personality Glenn Beck has been known to make outrageous statements. But now, one of his assertions could land him on trial.

A 20 year old Saudi Arabian student, Abdulrahman Alharbi, has filed suit in the U.S. District Court in Boston charging Glenn Beck with defamation. The international student was a survivor of the Boston Marathon bombings, and was questioned (along with others) by authorities after the incident and was found to be uninvolved with the violent plan and was released.

However, even after Alharbi’s release and the identification of the Tsarnaev brothers as the true suspects of the terrorist attack, Glenn Beck used his radio show to urge the U.S. government to release information on the supposed third suspect, Alharbi. Beck claimed the student was affiliated with Al Qaeda and ‘the money man’ behind the attacks. He also claimed that Alharbi had been officially deemed a terrorist by the U.S. All of the above accusations are, of course, untrue.

What is the legality of defamation, and can Beck be convicted?

According to the Legal Information Institute at Cornell, in order to prove defamation has occurred, four criteria must be met:

1. A false statement purporting to be fact concerning another person or entity.

2. Publication or communication of that statement to a third person.

3. Fault on the part of the person making the statement amounting to intent or at least negligence.

4. Some harm caused to the person or entity who is the subject of the statement.

With this information in mind, it seems that Abdulrahman Alharbi has a good chance of receiving justice from Glenn Beck’s slanderous comments.

Glenn Beck’s comments about Alharbi were stated as facts. Beck labeled the student as an ‘al Qaeda control agent’ and claimed that Alharbi was the source of money behind the Boston Marathon bombings. He clearly labelled Alharbi as a terrorist, an assertion of a factual statement that in actuality was untruthful. In fact, the FBI had interrogated Alharbi and found him to be completely innocent. Therefore, Beck created a falsely factual statement about Alharbi.

Glenn Beck communicated his statements about Alharbi to a third party: his radio listeners. Beck did not only state the above falsehoods about the muslim student, but he publicly communicated them to the listeners of his radio broadcast. In making his assertions known to others, he caused his listeners to be influenced by his statements, and many of them may have believed him (though why anyone would believe Glenn Beck is a true mystery). The second criterion for the proof of defamation has been met.

Glenn Beck is clearly the one at fault for his statements, whether they were made intentionally or with negligence. Glenn Beck has said a lot of crazy things throughout his career as a media personality. He has espoused ridiculous conspiracy theories, called President Obama both Hitler and a communist, and list continues. Sometimes, it can be difficult to determine whether he says all of these things for entertainment value or whether he truly believes what he states on the radio or television. Nevertheless, whether Glenn Beck intended to target an innocent individual or failed to properly research and establish if there were any merits to his claims, Beck is liable for defamation. Beck has continually failed to provide any evidence whatsoever to support his assertion that Alharbi was a terrorist involved in the Boston Marathon bombings. Unless Glenn has miraculously found some evidence that the FBI has overlooked, it’s not looking good for him.

Finally, but most importantly, there has been some harm caused to Abdulrahman Alharbi due to Glenn Beck’s wrongful statements. Alharbi’s lawyers have stated that “Alharbi’s reputation has been substantially and severely damaged” by Beck’s assertions. The student has received many harmful and accusatory messages after Beck publicly and falsely accused him. Beck’s claims have wrongly led others to believe that Alharbi was involved, and although no threats or physical harm have come to fruition, the student has suffered great emotional distress. The fourth criterion in establishing defamation has been met: Beck’s falsehoods have impacted the personal life of Alharbi and changed how others view him.

As all four criteria for establishing defamation can be proven in court, Glenn Beck is clearly liable for the defamation of Abdulrahman Alharbi. The student deserves justice and payment for the damages that Beck’s lies have caused him.

After the news of Alharbi’s filing in court broke, Glenn Beck has been unusually quiet. He has refused to comment in newspapers, and even his twitter account has fallen silent. Perhaps this means that for once, Glenn Beck realizes that he has gone too far.

Sarah Helden
Sarah Helden is a graduate of The George Washington University and a student at the London School of Economics. She was formerly an intern at Law Street Media. Contact Sarah at staff@LawStreetmedia.com.
Share:
Related ItemsBoston MarathonConservatismDefamationFBIGlenn BeckLawLawsuitLegalSlander