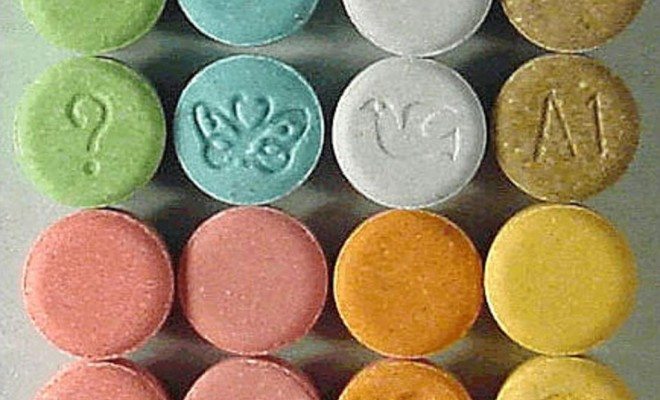 The Internet black market is a fascinating place. It relies on security, word of mouth, and above all, anonymity. It has a unique language and its own currency. Bitcoin, allows users to directly transfer a high encrypted “currency” without an intermediary financial institution. It has evolved into an ideal tool for illegal transactions. For more on Bitcoin see: Bitcoin Pro-Con.

Many illegal transactions made through Bitcoin technology were through a site called “Silk Road.”  Silk Road presented itself as an anonymous marketplace and sold mainly illegal drugs, particularly MDMA, ecstasy, LSD, marijuana, prescription drugs, and heroin. On October 2, 2013 Silk Road’s founder and operator Ross Ulbricht, known on the site as “Dread Pirate Roberts,” was arrested. The site was seized and rendered unusable by the FBI.

The importance of Silk Road to the online black marketplace truly cannot be understated. According to Quartz, at some point, 82% of Bitcoin in existence traveled through Silk Road. NPR called it “the Amazon.com of illegal drugs.” Carnegie Mellon student Nicolas Christin wrote a paper in November of 2012 that estimated Silk Road’s revenue at $92,000 per month.

The general public’s reaction to the news that Silk Road had been shutdown last week centered on a question: How in the world did such a site even exist?

It does seem fairly unbelievable. We are reminded every day that what we do online is almost never anonymous. From bad Facebook photos taken at a club on Friday night, to politicians accidentally tweeting inappropriate pictures, our online selves are constantly on display.

Silk Road and other sites on the so-called Deep Web, the websites that not everyone can access, make their livings off the ability to provide anonymity. Silk Road was not accessible through a regular browser, like Chrome, Internet Explorer, or Firefox. Special software called Tor exists, which does its best to hide web browsing and traffic. Every facet of the software minimizes the traces of its users and Silk Road was only available through it. Furthermore, Silk Road itself contained heavy security features, such as password protection and the exclusive use of Bitcoin.

Another question on many average American’s minds must have been: Why should we care if some online drug marketplace gets shut down?

There are a few reasons to care. First, certain drugs have recently become increasingly mainstream. For example, MDMA, sometimes called Molly, has dominated headlines lately. According to the Global Drug Survey, conducted by an independent institute of the same name, in 2012 26.5% of US respondents had tried MDMA in the last 12 months, but in 2013, 60.9% reported having tried the popular club drug. While these surveys are obviously not representative of the United States as a whole, this demonstrates the growing share that MDMA represents in US drug use.

A site like Silk Road has played an important role in this spike. Before the ability to buy online, really the only way to get drugs was to go through an in-person dealer. It’s easy to imagine purchasing drugs online is simpler and safer. It’s also important to note that the drugs purchased through Silk Road are in some ways more verifiable than street drugs. Silk Road allows reviews of sellers, creating a way to warn other users if drugs are anything but pure. In order to be a seller, you must go through an extensive vetting process. Immediately after Silk Road’s closure, a Reddit user tested Silk Road MDMA versus two samples bought on the street. The Silk Road sample was significantly purer than the unverified street-bought samples. I am not, of course, advocating that anyone try MDMA. However, the argument that testable, verifiable MDMA bought online is safer than street MDMA from a dealer is absolutely valid.

Silk Road’s fall will slow the online drug market, but it won’t topple the industry. A similar website called Sheep Marketplace is already taking over some of Silk Road’s market share. Providers will get trickier, sites will get more encrypted, and Deep Web will simply get deeper.

Anneliese Mahoney
Anneliese Mahoney is Managing Editor at Law Street and a Connecticut transplant to Washington D.C. She has a Bachelor’s degree in International Affairs from the George Washington University, and a passion for law, politics, and social issues. Contact Anneliese at amahoney@LawStreetMedia.com.
Share:
Related ItemsBitcoinDeep WebDrugsFBIMDMAOnlineSheep MarketplaceSilk RoadTor