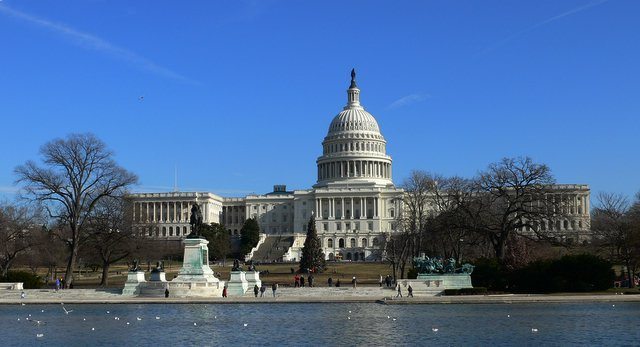 Thanks to petty politics, your local federal court may be lacking in the positions that it needs most to address citizens’ grievances: trial judges.

When it comes to federal court vacancies, the president has an obligation to respect senatorial courtesy, meaning that the president asks the senior senator of his political party to recommend a nominee for an open seat in the district court of his or her state. While this unwritten precedent usually does not extend to senators of the opposite political party, the president may also wish to consult senators of the other party so that their nomination is not blocked in the Senate, as senators have a de-facto power to veto nominees for a court in their home state.

However, many Republicans and even a few Democrats have begun a trend of failing to recommend nominees for vacancies on district court trial benches. These vacancies have significantly increased during Obama’s Presidency. By leaving seats in federal district courts unfilled, senators are undermining federal authority in the states. They are making a statement that demonstrates they would rather leave seats open than fill them with Obama’s appointees.

According to the Alliance for Justice, there are thirty-seven current vacancies and twenty-one future vacancies in federal courts around the country that currently have no nominees to fill these positions. The majority of these vacancies are in states that have at least one Republican senator. And these seats have been open for quite some time. The most extreme example comes from Texas, where one vacancy has been left unfilled for 1,951 days.

There are so many reasons why this trend is troubling, but I’ll attempt to explain just a few:

It’s giving states less federal oversight, and it undermines the rule of law.

By leaving the positions open, senators are effectively limiting federal jurisdiction over states. A lack of enough judges on the bench means that judges cannot handle the amount of cases brought to the court, which slows down rulings and therefore curtails the extent of federal authority over the presiding cases in these states. And states that are more conservative and have more Republican senators are experiencing more of this restriction on federal oversight than Democratic states.

But this policy goes against the rule of law in the United States. Indeed, there are certain matters that can and should be brought to state courts if there is no federal law involved or at stake. However, there are many cases that require a suit to be brought to federal court, and the fact that senators are intentionally leaving open seats on the benches of federal courts goes against the rule of law. Courts need a certain amount of justices to operate, and withholding nominations unjustly limits the power of the federal judiciary. Additionally, there should not be an uneven balance of federal oversight among states. Red states must experience as much federal oversight as blue states, otherwise the level of independence from the federal government of the different states will be unequal.

It’s a prime example of partisan politics at its worst.

As previously said, the majority of federal court vacancies are in states that have at least one Republican senator. Only eleven out of the total fifty-nine current and future vacancies with no nominees come from states with two Democratic senators. States with one Republican and one Democrat are having trouble coming to a consensus on a nominee. For example, Pennsylvania’s Pat Toomey (R) and Bob Casey (D) had trouble working together to fill the eight open seats on Pennsylvania’s federal courts. The fact that political differences are now limiting the function of courts is concerning to the operation of government institutions.

When it comes down to it, the political move of leaving vacancies open hurts citizens and can deprive them of the right to receive speedy justice. Litigants will have wait for long periods of time before their case can be heard and ruled on. And some business is extremely important, such as immigration rulings. It is extremely unfair to keep citizens in limbo over cases that can impact their lives and futures.

While the senators who are neglecting to suggest nominates may feel they are protecting their states from federal judicial oversight, the reality is that they are actually failing to serve their constituents’ needs. They are depriving citizens of their right to court and failing to help them receive justice by blocking appointments. To many residents of the affected states, it doesn’t matter whether judicial appointments came from Bush or Obama; they simply need their cases to be heard. The vast amount of federal court vacancies shows the worst of how partisanship can negatively affect constituents.

Perhaps the most unfortunate part about this problem is that it won’t be solved unless citizens physically take action and rally outside court houses. Senators clearly need a reality check if they feel their methods are helping their constituents.

Sarah Helden
Sarah Helden is a graduate of The George Washington University and a student at the London School of Economics. She was formerly an intern at Law Street Media. Contact Sarah at staff@LawStreetmedia.com.
Share:
Related ItemsCongressFederal CourtGOPGovernmentJudicial VacanciesLawLegalPartisanshipPoliticsSenateTrialUnited States